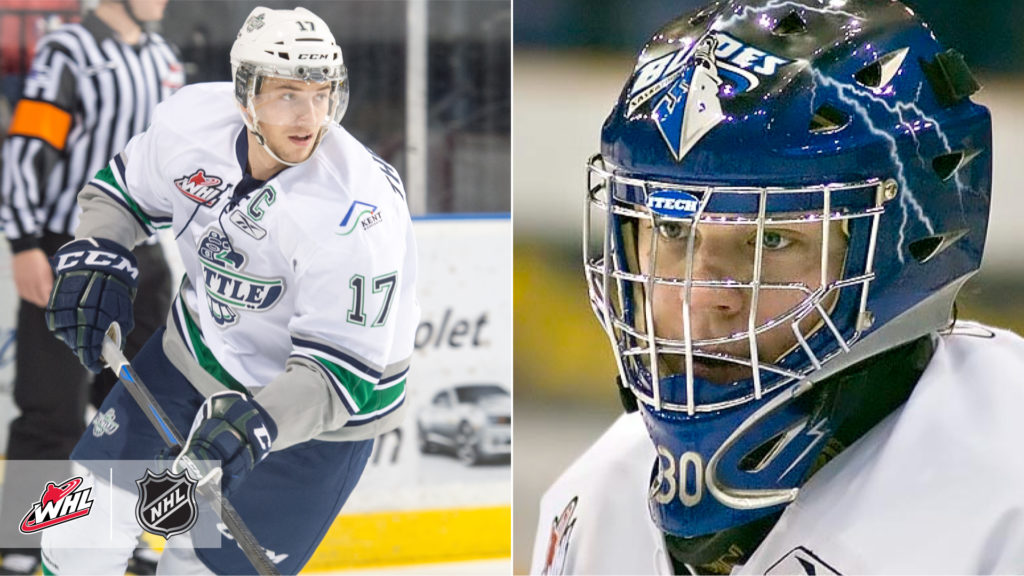 Game 7 Friday in the Stanley Cup Playoffs did not disappoint, with two electrifying contests entertaining fans across the NHL. Let’s take a look at the contributions from WHL Alumni for the evening of Friday, September 4.

Former Saskatoon Blades goaltender Anton Khudobin made 40 saves to backstop the Dallas Stars to a 5-4 overtime win and 4-3 series triumph to advance to the NHL’s Western Conference final.

Just one of Anton Khudobin’s 40 saves from his #Game7 victory! #StanleyCup pic.twitter.com/diJ88Pxr0Z

Former Seattle Thunderbirds defenceman Shea Theodore added another highlight-reel goal to his post-season portfolio as the Vegas Golden Knights blanked the Vancouver Canucks by a 3-0 margin to advance to the Western Conference final.

Theodore’s sixth goal of the post-season came with only 6:08 to go in regulation of a game that was deadlocked 0-0.