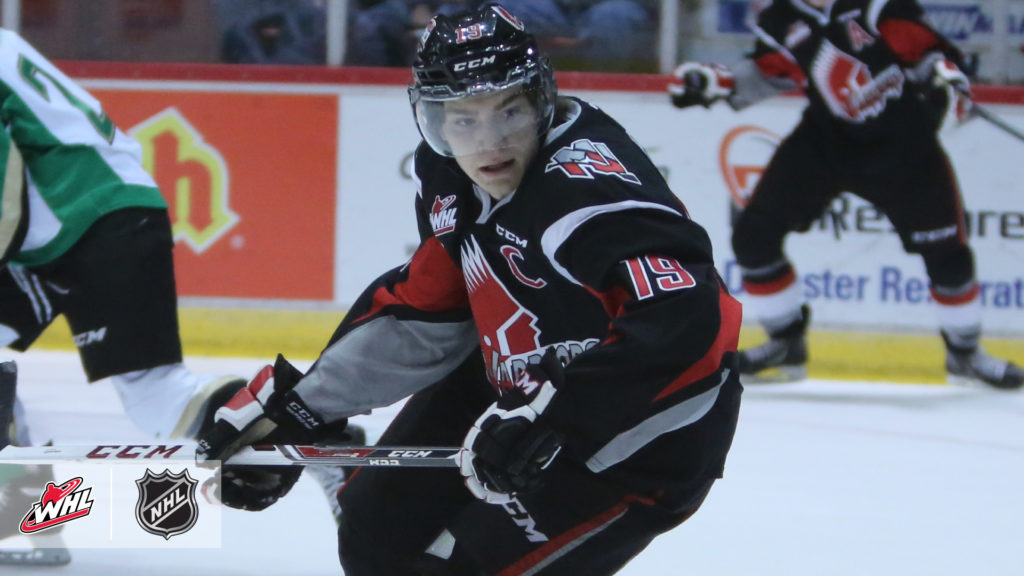 The Tampa Bay Lightning are within one win of advancing to the Stanley Cup Final following a 4-1 triumph over the New York Islanders in Game 4 of their best-of-seven Eastern Conference Final on Sunday afternoon. Let’s take a look at the contributions from WHL Alumni for the afternoon of Sunday, September 13.

Former Moose Jaw Warriors star Brayden Point returned to the lineup and made an immediate impact, recording a goal and an assist as the Tampa Bay Lighting pushed the New York Islanders to the brink of elimination on Sunday.

Point’s two-point effort pushed him into a tie for the Staney Cup Playoffs scoring lead with teammate Nikita Kucherov. Through 16 post-season appearances, the product of Calgary has logged 25 points, including nine goals and 16 assists.

The Bolts will get their first opportunity to eliminate the Isles on Tuesday, September 15 at 6 p.m. MT.

We repeat…… WE LOVE WATCHING THIS LINE AT WORK!!! pic.twitter.com/Yl6yRGKdDz