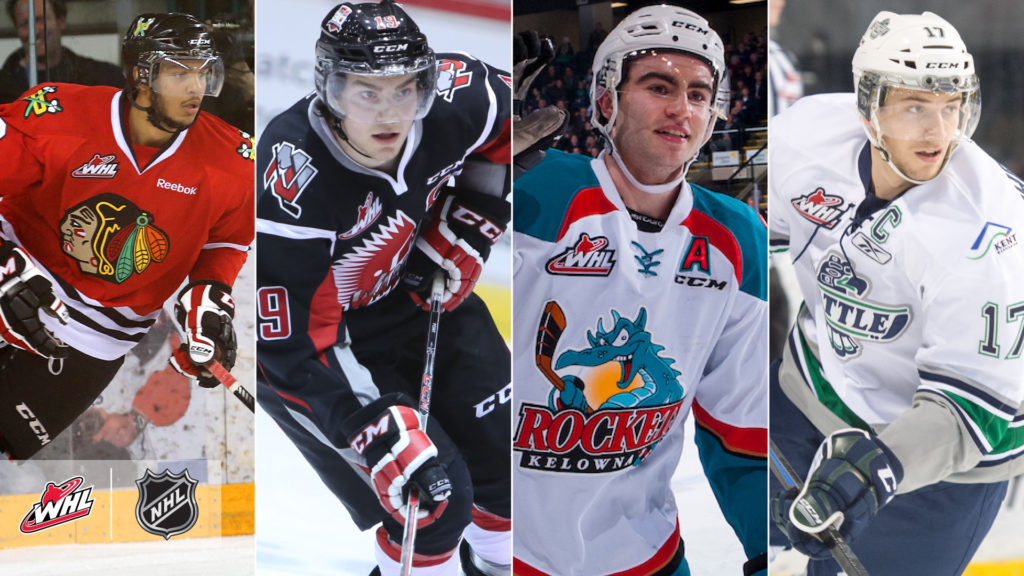 It was a busy day for WHL Alumni as the NHL officially opened the first round of the 2020 Stanley Cup Playoffs on Tuesday evening. Let’s take a look at the impact had by WHL Alumni across the NHL for the night of Tuesday, August 11.

In a marathon affair between the seventh-seed Columbus Blue Jackets and the second-seed Tampa Bay Lightning, former Portland Winterhawks defenceman Seth Jones entered his name into the NHL history books. Though the Blue Jackets fell to the Bolts in the fifth overtime of Game 1 of their best-of-seven series, Jones logged an astounding 65:06 of time on ice, surpassing former Dallas Stars defenceman Sergei Zubov, who found himself on the ice for 63:51 back on April 24, 2003 in a playoff game against the Anaheim Ducks.

Former Winterhawks forward Oliver Bjorkstrand added a goal for the Blue Jackets, while former Moose Jaw Warriors star Brayden Point put an end to overtime with his second goal of the afternoon.

The five-overtime contest lasted 150:27, good enough to rank as the fourth-longest game in NHL history.

As time ticked closer to the midpoint of the fifth overtime, WHL fans couldn’t help but be reminded of another lengthy playoff contest from a few years back. Fortunately, the Blue Jackets-Lightning game ended before reaching the mark of 151:36 set by the Everett Silvertips and Victoria Royals during the 2017 WHL Playoffs. That game ranks as the longest game in both WHL and CHL history.

The sixth-seed Calgary Flames knocked off the third-seed Dallas Stars, thanks largely in part to key contributions from a pair of bigtime WHL Alumni.

Former Kelowna Rocket Dillon Dube scored twice, including an end-to-end highlight reel effort. On Dube’s first goal of the afternoon, it was former Vancouver Giants Milan Lucic threading a nifty pass to Dube in the high slot, setting up a one-timer tally to open the scoring. Former Kelowna Rocket Mikael Backlund also registered an assist for the Flames.

On the other side of the puck, former Kelowna Rocket Jamie Benn notched one goal for the Stars, while former Saskatoon Blades goaltender Anton Khudobin earned the start and turned aside 23 of 26 shots in defeat.

Former Seattle Thunderbirds defenceman Shea Theodore opened up the scoring Tuesday evening as the top-ranked Vegas Golden Knight cruised to a 4-1 victory over the Chicago Blackhawks.

Former Brandon Wheat Kings forward Ryan Reaves also found his way onto the scoresheet, securing an assist in the victory.

For the Blackhawks, former Saskatoon Blades star Kirby Dach led all forwards in time on ice with 21:30. Former Kelowna Rocket Duncan Keith led the Blackhawks blueline with 23:40 of time on ice.