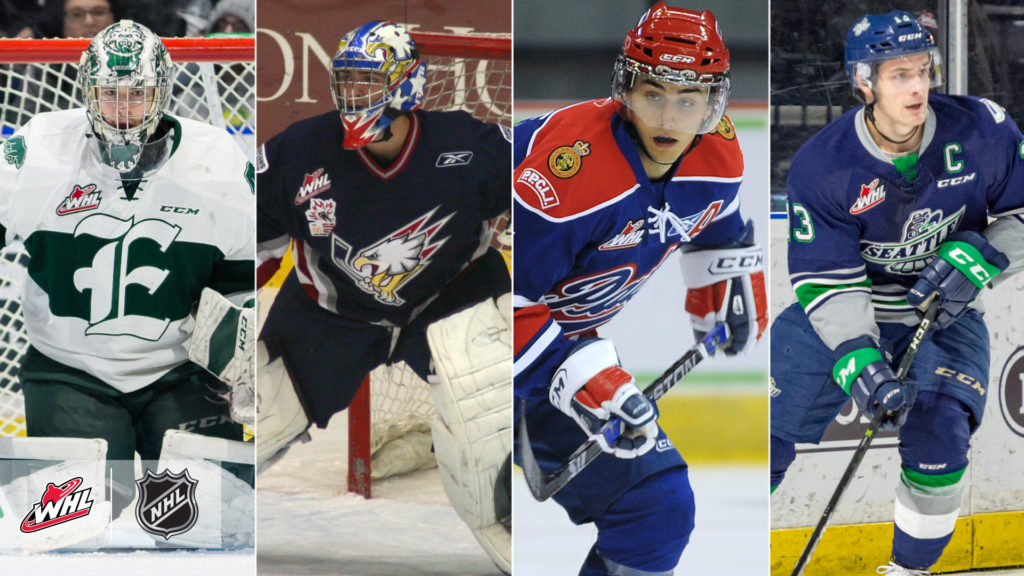 The second day of the first round of the 2020 Stanley Cup Playoffs saw further contributions from WHL Alumni. Let’s take a look at the impacts they made for the night of Wednesday, August 12.

A pair of graduated WHL defencemen found the scoresheet on behalf of the Hurricanes as former Red Deer Rebel Haydn Fleury and former Moose Jaw Warrior and Kamloops Blazer Joel Edmundson hit the back of the net during regulation.

Edmundson munched a ton of minutes on the blueline as well, finishing second among Hurricanes defenders with 30:33 time on ice.

For the Bruins, it was former Tri-City Americans defenceman Brandon Carlo helping shoulder a big load as he skated for 28:55, second-most among B’s blueliners.

Former Seattle Thunderbirds captain Mathew Barzal registered two assists and was successful on 73 per cent of his faceoffs.

Meanwhile, former Brandon Wheat Kings defenceman Ryan Pulock chipped in with a helper of his own, logging 21:58 time on ice.

On the Capitals side, it was former Saskatoon Blades netminder Braden Holtby making 23 saves in a losing effort.

Former Spokane Chiefs and Red Deer Rebels goaltender Darcy Kuemper turned in a stellar performance, but it wasn’t enough for the Arizona Coyotes as they dropped a 3-0 decision to the Colorado Avalanche.

Kuemper was outstanding between the pipes, making 37 saves on 40 shots.

It was a tale of two goaltenders Wednesday evening as Carter Hart and the Philadelphia Flyers edged Carey Price and the Montreal Canadiens be a 2-1 margin.

In a duel between an emerging young star, Hart, and his veteran idol, Price, it was the former Everett Silvertip who came out on top following a 27-save performance. Price, a former member of the Tri-City Americans, was sharp at his end of the rink as well, steering aside 29 of the 31 pucks directed his way.

Former Vancouver Giants forward Brendan Gallagher logged one assist for the Habs. The Gallagher helper came on a strike from another former B.C. Division star, as former Kelowna Rockets defenceman Shea Weber struck for the Canadiens.

Former Kelowna Rockets defenceman Alex Edler logged 24:18 time on ice to lead all Canucks defencemen in a 5-2 victory over the defending Stanley Cup champion St. Louis Blues. Edler was plus-2 in the win.

Former Brandon Wheat King and Saskatoon Blade Brayden Schenn notched an assist in a losing effort for the Blues.