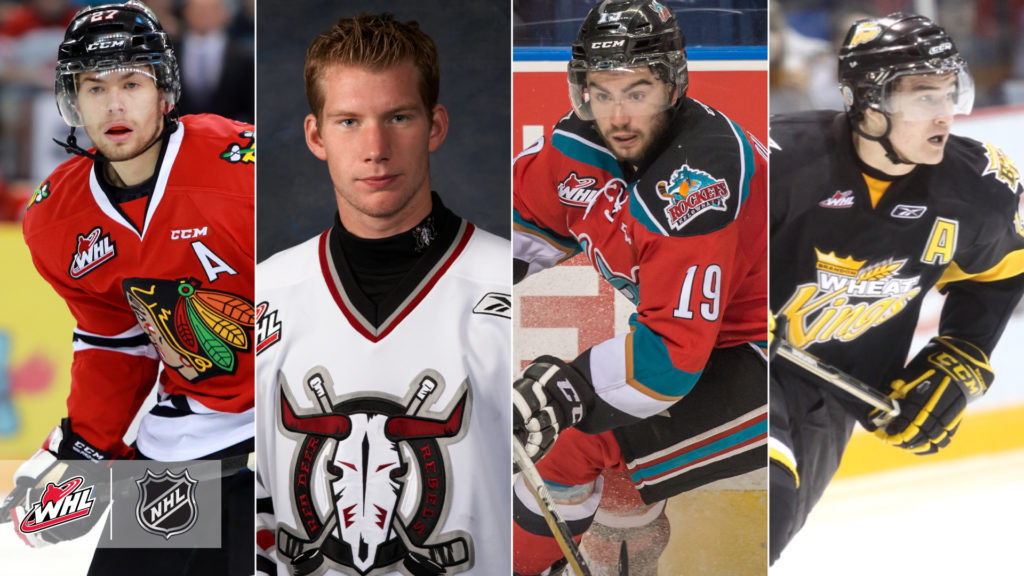 The third day of the first round of the 2020 Stanley Cup Playoffs featured more big moments from WHL Alumni. Let’s take a look at the impacts they made for the night of Thursday, August 13.

Former Portland Winterhawks star Oliver Bjorkstrand continued his hot start to the 2020 Stanley Cup Playoffs, registering his second goal of the post-season during the first period. The power-play goal stood up as the game-winning tally as the Blue Jackets drew even in the best-of-seven series.

Ryan Murray, formerly of the Everett Silvertips, scored his first-career NHL playoff goal to get Columbus on the board ahead of Bjorkstrand’s strike.

Another former Winterhawk – Seth Jones – continued to shoulder a heavy load on the blueline, once again leading the Blue Jackets in time on ice, skating for 28:31.

On the Tampa Bay side of the equation, former Moose Jaw Warrior Brayden Point registered an assist.

CONFIRMED: Oliver Bjorkstrand was WHL Player of the Year in 2014-15.#WHLAlumni https://t.co/y7pTvQo5EB

Former Brandon Wheat Kings forward Mark Stone secured his third goal of the post-season as the Vegas Golden Knights slipped past the Chicago Blackhawks with a 4-3 overtime victory on Thursday.

Kirby Dach, a fan favourite with the Saskatoon Blades, notched his first-career NHL playoff goal to get the Blackhawks on the board early in the second period. Dach once again logged notable minutes, skating for 19:45 and throwing three hits.

Former Red Deer Rebels goaltender James Reimer made 33 saves on 35 shots as the Carolina Hurricanes levelled the playing field in their best-of-seven series with the Boston Bruins on Thursday night.

Another former Rebel, defenceman Haydn Fleury, logged 16:10 time on ice, a plus-1 rating and four hits for the Hurricanes.

Former Kelowna Rockets forward Dillon Dube continued his torrid start to the 2020 Stanley Cup Playoffs and broke a Calgary Flames record in the process when he scored his fourth goal of the post-season to open Game 2 on Thursday.

Dube scored only 19 seconds into the first period, setting a Flames franchise record for fastest goal from the start of a playoff game. The previous record of 20 seconds was co-owned by Joe Mullen (1986) and Marcus Nilson (2004).

Unfortunately for the Flames, Dube’s efforts were not enough as another former Rocket, Jamie Benn, collected an assist to help the Stars draw even in their best-of-seven series.

Dillon Dube scored 19 seconds into Game 2 to set an @NHLFlames franchise record for fastest goal from the start of a playoff game.

The previous mark of 20 seconds was achieved by Joe Mullen in 1986 and Marcus Nilson in 2004.#NHLStats: https://t.co/Ikze4P3UbN #StanleyCup pic.twitter.com/qmHMzII00F