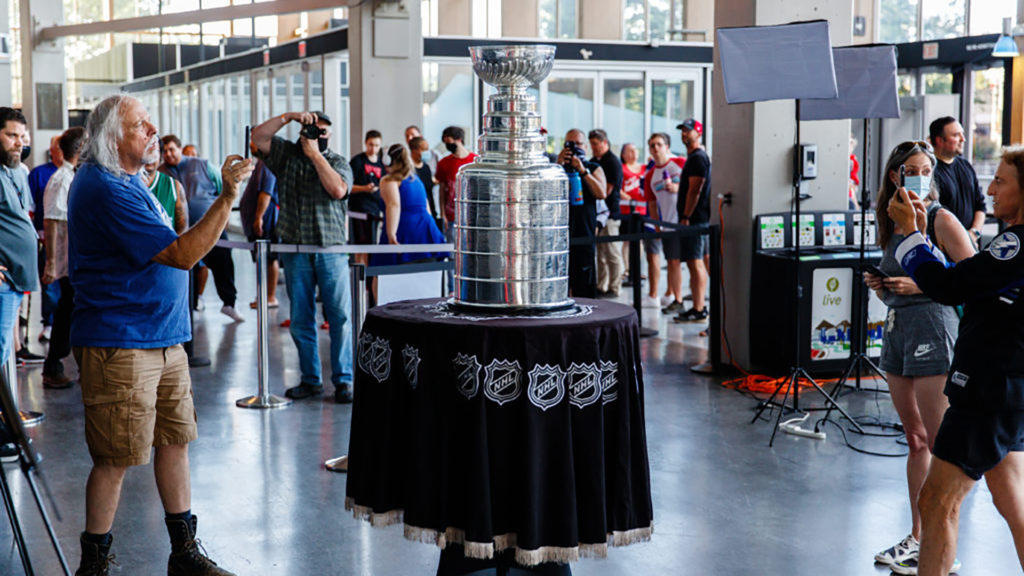 Fans of the Portland Winterhawks and Spokane Chiefs got an up-close and personal look at the Stanley Cup this week.

Both Clubs hosted visits with the venerable trophy thanks to alumni who were part of the 2021 Stanley Cup Champion Tampa Bay Lightning.

Monday, the Portland Winterhawks welcomed former scout Josh Dye back to the Rose City. Dye, who serves as an amateur scout with the Lightning, worked with his hometown Winterhawks as Director of U.S. Scouting and Player Development before making the jump to the NHL.

“I may not live here right now, but this is home. It feels like home and it’s great to be back here.”

Before he helped the #Bolts win back-to-back Stanley Cups, Josh Dye was preparing for an NHL opportunity in Portland.

“This is really, really special,” Dye told media Monday. “It’s great to come to Portland and share it with the people here.”

Getting to see the best fans in @TheWHL again AND being able to do so with the Stanley Cup? Yeah, you could say it's been a pretty amazing week. 🤩 pic.twitter.com/EAEjlMrDtn

Thursday, the Stanley Cup made a stop in Spokane courtesy of forward Tyler Johnson. The Spokane product won a WHL Championship and Memorial Cup with the Chiefs in 2008, and now has a pair of Stanley Cup rings to his name with Tampa Bay.

“Everyone here is obviously so proud of Tyler and the ambassador he has become for the Spokane Chiefs and the city of Spokane as a whole,” said Spokane Chiefs managing partner Bobby Brett. “For him to offer the Cup for this kind of event, especially when he gets it to himself for just 16 hours, is really special.”

Spokane Mayor Nadine Woodward proclaimed Thursday Tyler Johnson Day in the city, in recognition of Johnson’s achievements with both the Spokane Chiefs and Tampa Bay Lightning.

Both events drew large crowds and offered fans in the U.S. Division a rare glimpse at the most hallowed trophy in hockey.