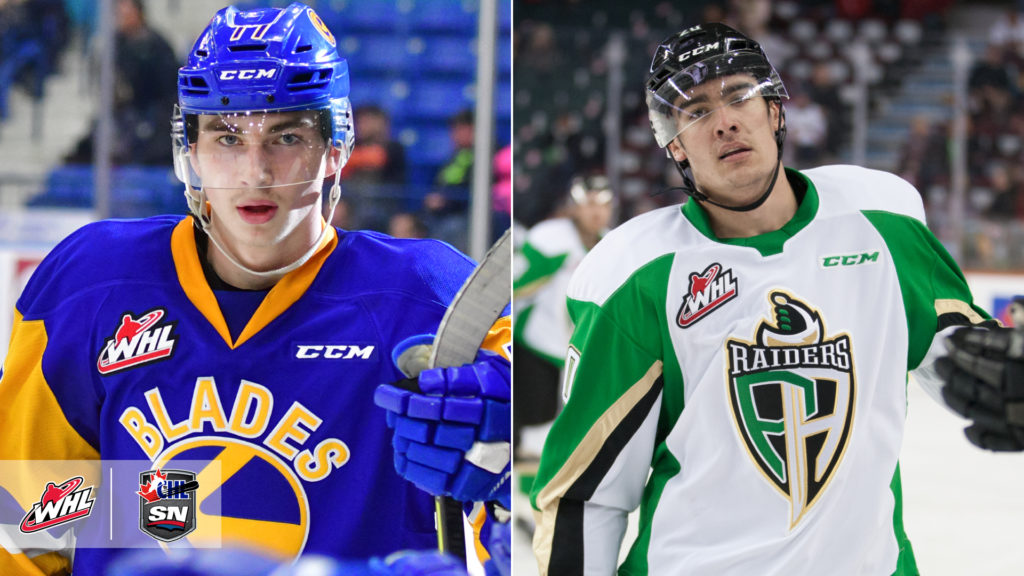 Calgary, Alta. –  Delivering the sights, sounds and stars of the Canadian Hockey League to viewers across Canada, Sportsnet is set to deliver exclusive national coverage of the 2019 WHL Playoffs, beginning this week, featuring three games between the Prince Albert Raiders and Saskatoon Blades.

As Canada’s Home of Hockey, Sportsnet drops the puck on its 2019 WHL Playoffs coverage with Game 1 of the best-of-seven, second-round series between the Raiders and Blades on Friday, April 5 at 7 p.m. MT (Sportsnet 360) from the Art Hauser Centre in Prince Albert.

Sportsnet will continue its second round coverage of the 2019 WHL Playoffs by carrying Game 2 between the Raiders and Blades on Sunday, April 7 at 6 p.m. MT, once again from the Art Hauser Centre. The Sportsnet broadcast schedule for the 2019 WHL Playoffs will close out Tuesday, April 9 at 7 p.m. MT with Game 3 from the SaskTel Centre in Saskatoon.

The Saskatoon Blades finished the 2018-19 WHL Regular Season in second place in the East Division, trailing only the Raiders. Led by 2019 NHL Draft prospect Kirby Dach (Fort Saskatchewan, Alta.) and Washington Capitals prospect Eric Florchuk (Fort Saskatchewan, Alta.), the Blades advanced to the second round of the 2019 WHL Playoffs after defeating the Moose Jaw Warriors in four games.

In addition to Sportsnet’s coverage, all games throughout the 2019 WHL Playoffs will be available streaming live at WHLLive.com.