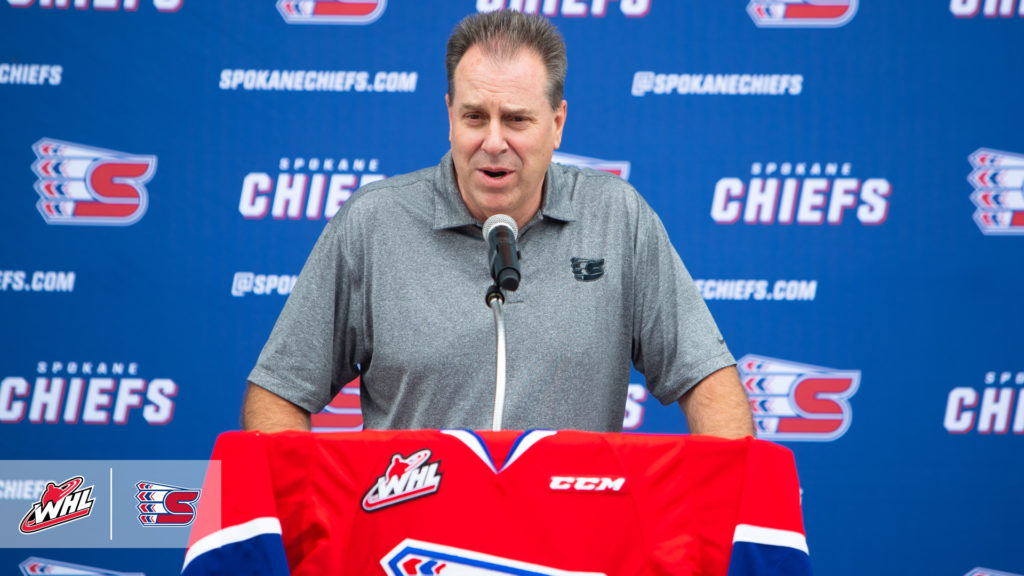 Spokane, Wash. — The Spokane Chiefs announced on Wednesday that General Manager Scott Carter has signed an extension and is now under contract through the 2022-23 season.

“My wife Serena and I have really enjoyed Spokane,” said Carter. “We have been treated well by the Chiefs ownership, staff and fans. I’m proud to stay on with the team moving forward.”

Since his arrival in 2016, the Chiefs have posted a combined 149-97-17-13 record, improving their record in each of the last three seasons. They reached the WHL’s Western Conference Finals in 2019 and their 0.680 winning percentage at the end of the pandemic-shortened 2019-20 season was the franchise’s best since 2010-11.

“We have a great staff and group of players,” added Carter. “I look forward to continuing to build a winning team with them. We’re excited to keep it going.”

Prior to his tenure in Spokane, he served as a professional and amateur scout in the NHL, including time with the Toronto Maple Leafs, Vancouver Canucks and Anaheim Ducks. Carter was also part of a new ownership group for the Penticton Vees of the BCHL in 2004, serving as President and General Manager of the club as it turned into a Junior “A” powerhouse in the late 2000s. He helped co-found the British Columbia Hockey Hall of Fame and remains a part-owner of Vaughn Custom Sports.

“Scott has proven to be an outstanding member of our organization and we are proud to have him as part of the Chiefs family,” said Chiefs’ managing partner Bobby Brett. “He has earned this extension and we look forward to more success under his leadership in the years to come.”