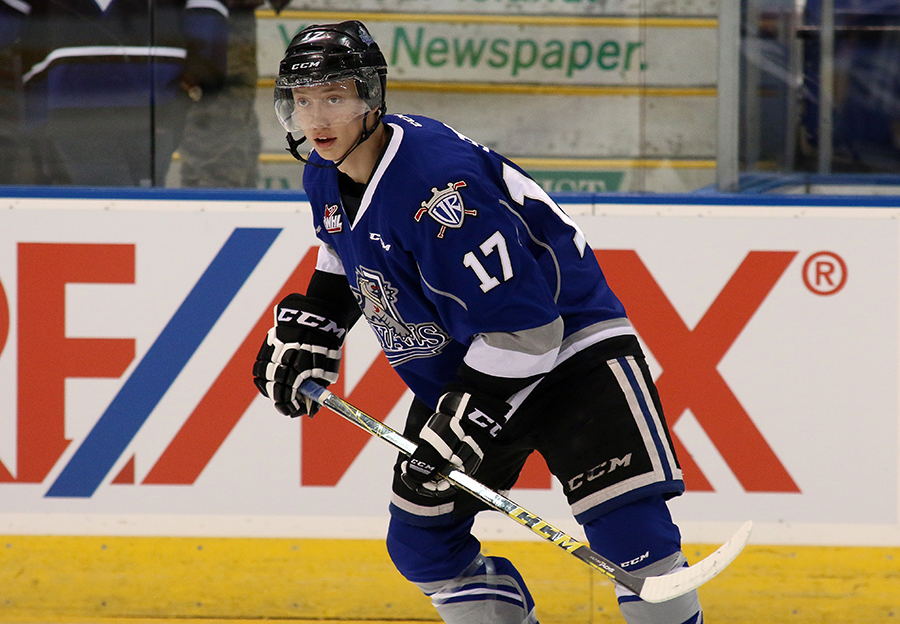 A busy weekend in the Western Hockey League wrapped up Sunday afternoon with a single matinee affair between the Victoria Royals and Vancouver Giants.

After battling to a 1-1 tie through 40 minutes of play, the Royals surged in the third period, scoring three times to sink the Giants.

Veteran forward Tyler Soy led the Royals with a goal and an assist.

Giants right winger Ty Ronning, a prospect of the NHL’s New York Rangers (2016 – Round 7, 201st) opened the scoring with his second of the pre-season only 34 seconds into the second period. Unfortunately for the host Giants, that’s the only offense they could muster as the Royals followed up with four consecutive tallies.

It was 19-year-old Clovedale, B.C., native Tyler Soy who got the Royals on the board, registering his second goal of the pre-season with only 4:50 to play in the middle period.

Even through 40 minutes, the deciding moment came midway through the third period with Giants defenceman Dylan Plouffe serving a two-minute minor for cross-checking. Utilizing the man advantage was Royals centre Eric Florchuk – the 13th overall pick from the 2015 WHL Bantam Draft. The native of Fort Saskatchewan, Alta., took a feed from Soy and beat Giants goaltender Ryan Kubic to put the visitors ahead 2-1 with 10:32 remaining in regulation.

Royals right winger Jared Dmytriw added some insurance, scoring an unassisted goal with only 3:24 to play. Rounding out the scoring was right winger Ethan Price, who dumped one last puck into the empty net with Kubic at the bench and 16 seconds left on the clock.

Florchuk’s goal served as the lone power-play effort of the afternoon for Victoria, which finished 1-for-2 with the man advantage. Ronning’s opening goal also came on the power play, though Vancouver finished 1-for-6.

While Kubic was victimized three times on 26 shots in the loss, it was 17-year-old rookie Dylan Myskiw steering aside 28 of 29 pucks at the other end to collect the win for the Royals.

Victoria finishes its pre-season schedule on Sept. 17 (3 p.m. PDT) by visiting the Giants once again, this time at the Langley Events Centre.

For the Giants, they travel to Kelowna to take on the Rockets on Sept. 16 (7:05 p.m. PDT) before returning home to host the Royals to close the exhibition slate on Sept. 17.

Next on the WHL schedule