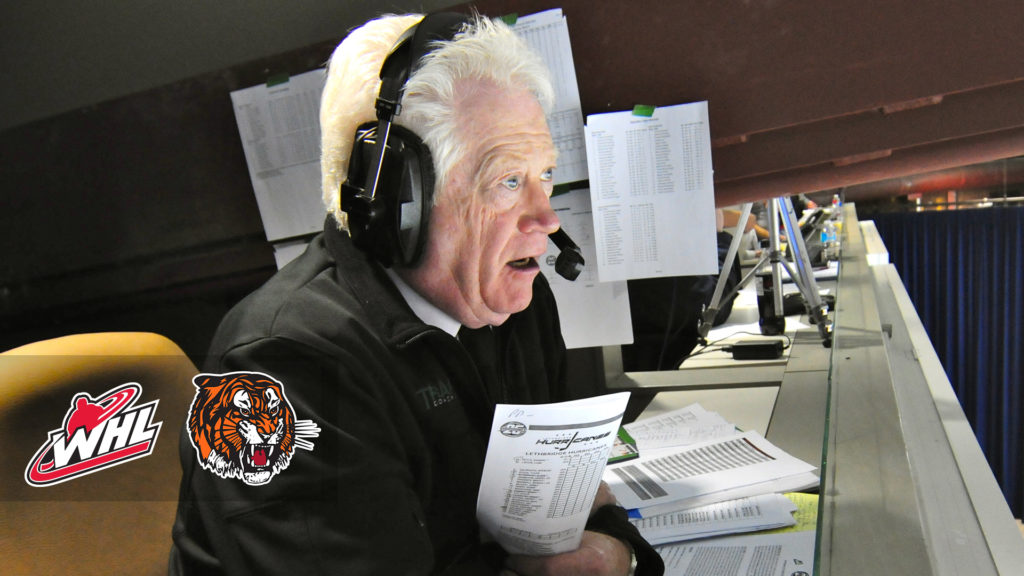 He’s told countless stories from dozens of WHL arenas over his 52 seasons as Medicine Hat Tigers broadcaster, and on Tuesday, it became public that Bob Ridley was hanging up his mic.

Ridley’s voice, passion and good humour has been woven into the fabric of the Tigers franchise since he joined the team ahead of its inaugural season in 1970-71.

Since the news of Ridley’s retirement became public, fans, current and former WHL radio broadcasters and personalities from across the hockey world have taken to Twitter to congratulate Ridley on his historic career in Medicine Hat.

First, Ridley’s radio colleagues past and present shared their appreciation for his work:

Visits to the Hat will never be the same! Enjoy your retirement, Bob!!

Legend.
We will all miss Rids across the league. A friendly face, always an encouraging word. Incredible run. https://t.co/hZKziuTpke

From everyone at the Blades family…

Congratulations on a legendary and remarkable career! https://t.co/rnuj5lCXQZ

Members of the national media have also taken time to reflect on Ridley’s career:

To put this in context in British Columbia, Bob Ridley started with Med Hat the first year of the @Canucks came into the NHL. Or put another way the great Jim Robson happily retired from radio in 1994 (and TV a few years later). Congrats Bob! https://t.co/IZFu5CJYbe

Amazing @BobRidley_CHAT called games and then drove the Tigers' bus through so many cold, prairie nights. Watched you do this during my years in The Hat and I'm still in awe. https://t.co/UlPPlrQM9E

Congrats on a great career! https://t.co/u2mj1UxHJ8

No doubt, Ridley has left his mark on the WHL over his 52 seasons with the Tigers, and his career broadcast statistics might never be duplicated:

❤️Over the course of his career, Bob Ridley has called 4,022 @tigershockey games including 3,590 regular season games, one standings tiebreaker game, 411 games in the #WHL Playoffs and 20 contests in the Memorial Cup tournament. Congrats @BobRidley_CHAT. Thanks for the memories. https://t.co/x5Jf4Q58Lm

We’ll leave the final words on Ridley (in this article, at least) to his son:

Big congrats to my pops on retiring after an incredible career in radio. Most of that was spent broadcasting for the Medicine Hat Tigers (over 50 years!!). I think I might put down the drill and pick up the mic.