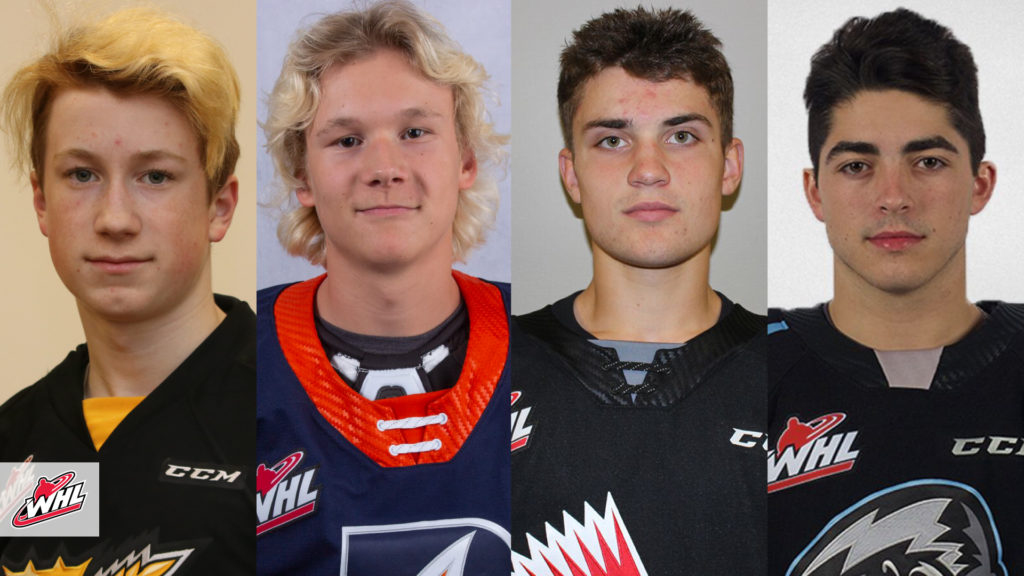 Geekie, Matthew Savoie and Nate Danielson round out the forward group for the WHL. Geekie led his province at the WHL Cup by tallying seven points (3G-4A) in five games.

On the defensive end, Denton Mateychuk will look to continue his strong play coming off a seven-point (3G-4A) performance at the WHL Cup. The product from Dominion City, Man. also potted his first career WHL goal in only his second game in the league against the visiting Kelowna Rockets on Saturday night. From Burnaby Winter Club in the Canadian Sports School Hockey League (CSSHL) is Mats Lindgren who was picked with the seventh-overall selection by the Blazers at the 2019 WHL Bantam Draft. He has tallied 10 assists in 17 games this season in the CSSHL. He’s also has appeared for the Blazers twice this season.

In net, Dylan Ernst of the Moose Jaw Midget AAA Warriors in the Saskatchewan Midget AAA Hockey League (SMHL) has posted a strong start to the season with a 13-3-0-2 record, 0.92 save percentage and 2.36 goals-against average in 18 starts this season for the Warriors. Ernst, the product of Weyburn, Sask., was selected in the second round, 28th overall, by the Blazers at the 2019 WHL Bantam Draft.

Hockey Canada sought the support of its member branches and regional scouts in identifying a long-list of athletes from across the country to be given consideration for nomination to the Canadian Olympic Committee.

Canada, which won silver at the 2016 Youth Olympics, will face Russia (Jan. 18) and Denmark (Jan. 19) in Group B play during the preliminary round, with the semifinals set for Jan. 21 and the bronze and gold medal games on Jan. 22.

For more information on the Hockey Canada and the 2020 Winter Youth Olympic Games, visit HockeyCanada.ca and follow along via social media at Facebook, Twitter and Twitter.com/HC_Men.