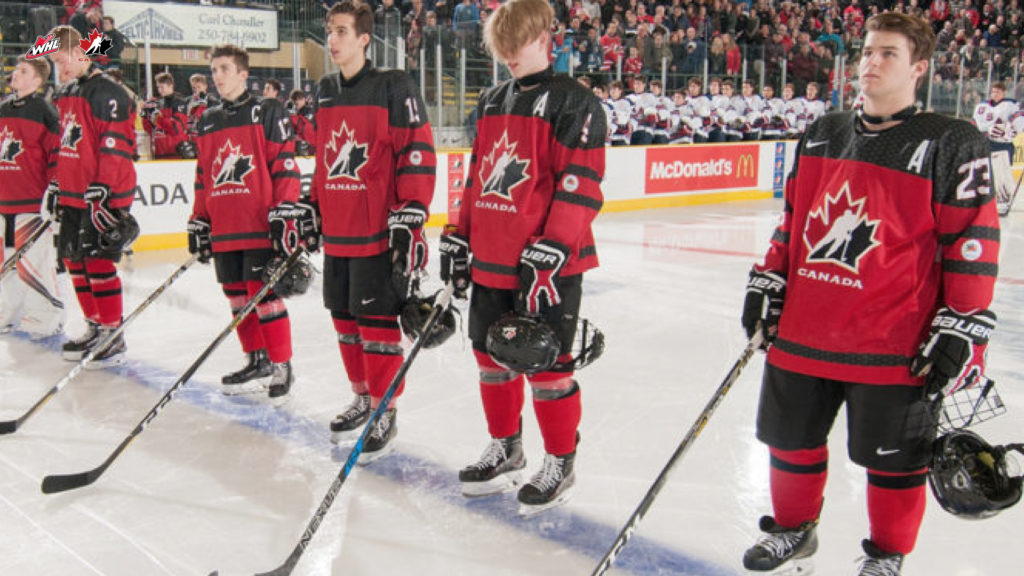 Dawson Creek, BC – Team Canada Red rallied back from a 5-0 deficit but came up short in the Gold Medal Game of the 2017 World Under-17 Hockey Challenge, falling 6-4 to the United States.

A total of six WHL players come away as silver medalists as Bowen Byram (Vancouver Giants) scored in the loss. Peyton Krebs (Kootenay ICE) and WHL Rookie of the Month Dylan Cozens (Lethbridge Hurricanes) picked up assists in the game.

The Americans outshot Canada Red 34-25 and held them to 1-for-7 on the power play. Team Canada Red finished the tournament with an overall record of 3-3-0. Cozens finished in a three-way tie for the team scoring lead with seven points.

The silver medal puts Canada on the podium at the World Under-17 Hockey Challenge for a third straight year.

Canada White were unable to make it two Canadian teams on the podium, falling 2-1 to the Czech Republic earlier Saturday. Canada Black, who finished seventh at the tournament, were led by a pair of WHL players in Sasha Mutala (Tri-City Americans) and Kirby Dach (Saskatoon Blades), who finished with eight and seven points respectively.

For news, stats and scores from the 2017 World Under-17 Hockey Challenge, visit hockeycanada.ca.