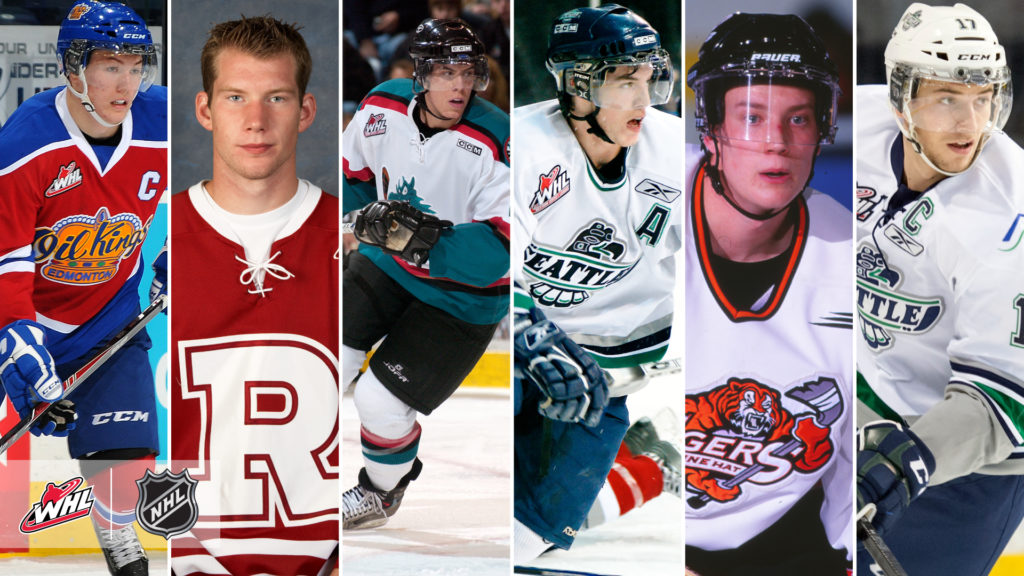 The Masterton Memorial Trophy is awarded annually to the NHL player who best exemplifies the qualities of perseverance, sportsmanship, and dedication to hockey.

Lazar, a 25-year-old product of Salmon Arm, B.C, is the Sabres nominee, having joined the NHL Club last summer as a free agent signing. After starting the season with the AHL’s Rochester Americans, Lazar persevered and eventually established himself as a reliable mainstay on the Sabres’ NHL roster.

Selected by the Ottawa Senators in the first round (17th overall) of the 2013 NHL Draft, Lazar skated in 199 career WHL regular season contests – all with the Edmonton Oil Kings. He amassed 169 points (99G-70A) and added another 53 points (28G-25A) in 67 playoff games, helping the Oil Kings win two WHL Championships (2012, 2014). Lazar was named the Most Sportsmanlike Player at the 2014 Memorial Cup, helping the Oil Kings claim the national crown.

Curtis Lazar has been selected as our nominee for the Bill Masterton Memorial Trophy, awarded annually to the @NHL player "who best exemplifies the qualities of perseverance, sportsmanship, and dedication to hockey."

Reimer, a 32-year-old product of Arborg, Man., is the Hurricanes nominee. He was acquired by Carolina via trade from the Florida Panthers during the offseason. In his 10th NHL season, Reimer went 14-6-2 with a 2.66 goals-against average, .914 save percentage and three shutouts.

The Carolina chapter of the PHWA has nominated #Canes goaltender James Reimer for the Bill Masterton Memorial Trophy, awarded annually to the player who best exemplifies the qualities of perseverance, sportsmanship and dedication to ice hockey.https://t.co/qdmT6TXkdw

Weber, a 34-year-old product of Sicamous, B.C., is the Canadiens nominee in this his third season with Montreal. Over his three years in Montreal, Weber has persevered through injury, missing 56 games and 24 games, respectively, in the 2017-18 and 2018-19 seasons. The pandemic-shortened 2019-20 campaign saw Weber skate in 65 contests, scoring 15 goals to rank fourth among all NHL defencemen.

Selected by the Nashville Predators in the second round (49th overall), Weber spent his entire WHL career with the Kelowna Rockets, playing 190 regular season games, winning WHL Championships in 2003 and 2005, with a Memorial Cup title sandwiched in between in 2004.

Shea Weber is our candidate for the Bill Masterton Trophy in 2019-20.#GoHabsGo
https://t.co/BP1PIntUtK

Hickey, a 31-year-old product of Calgary, Alta., is the Islanders nominee, having spent his entire eight-season NHL career with the Club. Back in March 2020, Hickey lost his brother, Dan, to an aggressive brain tumour. Dan’s diagnosis came in September 2019.

Selected by the Los Angeles Kings in the first round (fourth overall) of the 2007 NHL Draft, Hickey spent his entire WHL career with the Seattle Thunderbirds, playing 262 games with the Club and collecting 177 points (39G-138A). He was named to the WHL Western Conference First All-Star team for 2007-08 and 2008-09.

The #Isles chapter of the @ThePHWA has nominated Thomas Hickey for the Masterton Trophy.

Here’s some of what he and his family endured this season. https://t.co/ka3yvWrVzR

Bouwmeester, a 36-year-old product of Edmonton, Alta., is the Blues nominee, in this his seventh full season with the Club. Back on February 11, Bouwmeester suffered a cardiac episode while on the Blues bench during a game against the Anaheim Ducks. He underwent surgery to install an implantable cardioverter defibrillator to restore his heart’s normal rhythm in case of a future episode.

Selected by the Florida Panthers in the first round (third overall) of the 2002 NHL Draft, Bouwmeester spent his entire WHL career with the Medicine Hat Tigers, amassing 151 points (40G-111A) in 194 WHL regular season games. He was named to the WHL Eastern Conference First All-Star Team for the 2001-02 season.

For the second consecutive season, Jay Bouwmeester has been nominated for the Masterton Trophy, which is given to the player who best exemplifies the qualities of perseverance, sportsmanship and dedication to the game. https://t.co/hMYu76WKgZ #stlblues

Theodore, a 24-year-old product of Langley, B.C., is the Golden Knights nominee, in his third season with the Club. Last summer, Theodore was diagnosed with Stage I testicular cancer. After undergoing surgery, he was cancer-free within three months and has put in substantial effort to help spread awareness to other young men.

We are endlessly proud of our Masterton Trophy nominee Shea Theodore for showing courage & dedication in his fight with cancer 💜 #VegasBorn pic.twitter.com/R2smzYSmKR