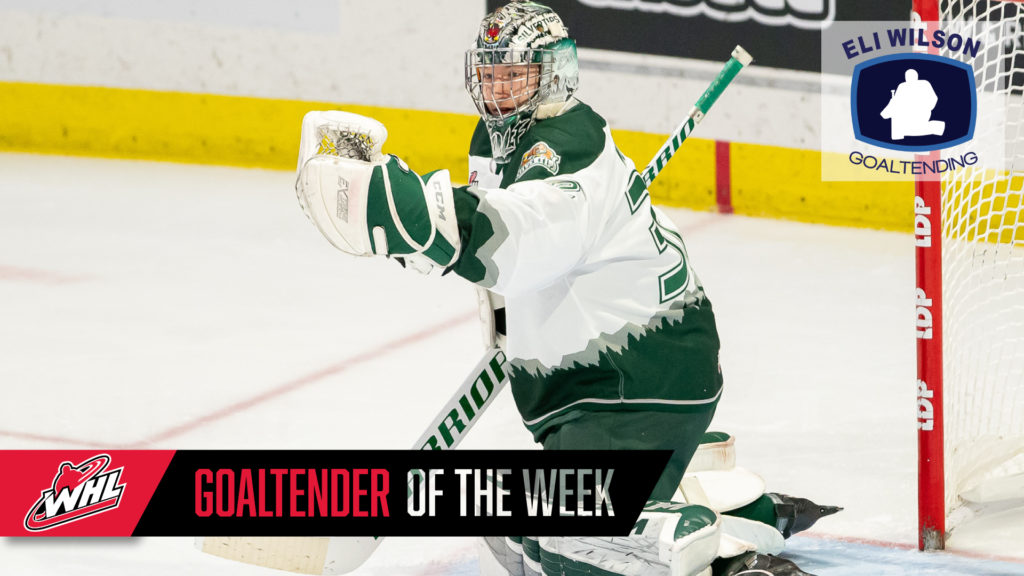 A prospect of the Calgary Flames, Wolf posted a 3-0-0-0 record, 1.00 goals-against average, stopped 60 of 63 shots for a 0.952 save percentage, and recorded one shutout in 180 minutes of action. Having already secured their spot in the 2020 WHL Playoffs, the Silvertips have a 40-12-3-1 record through 56 games, placing them second in the WHL’s U.S. Division and Western Conference.

Wolf’s week began Wednesday with a 10-save shutout in a 6-0 win against the Moose Jaw Warriors. Saturday, Wolf made 15 saves on 16 shots in a 2-1 win over the Vancouver Giants, ending an 11-game winning streak by the B.C. Division club. In a pivotal matchup Sunday, Wolf turned aside 35 of 37 shots in a 6-2 win against the Portland Winterhawks. Wolf was named the first star of Sunday’s game as well as the second star of the night in the WHL.

As of Monday, Wolf leads the WHL in GAA, SV%, and shutouts and is tied for first in wins with divisional rival Joel Hofer from the Winterhawks. The Flames chose Wolf in the seventh round, 214th overall, at the 2019 NHL Draft.

The Silvertips are in action next on Wednesday, February 26 (7:05 p.m. PT) against the Tri-City Americans at the Toyota Center.