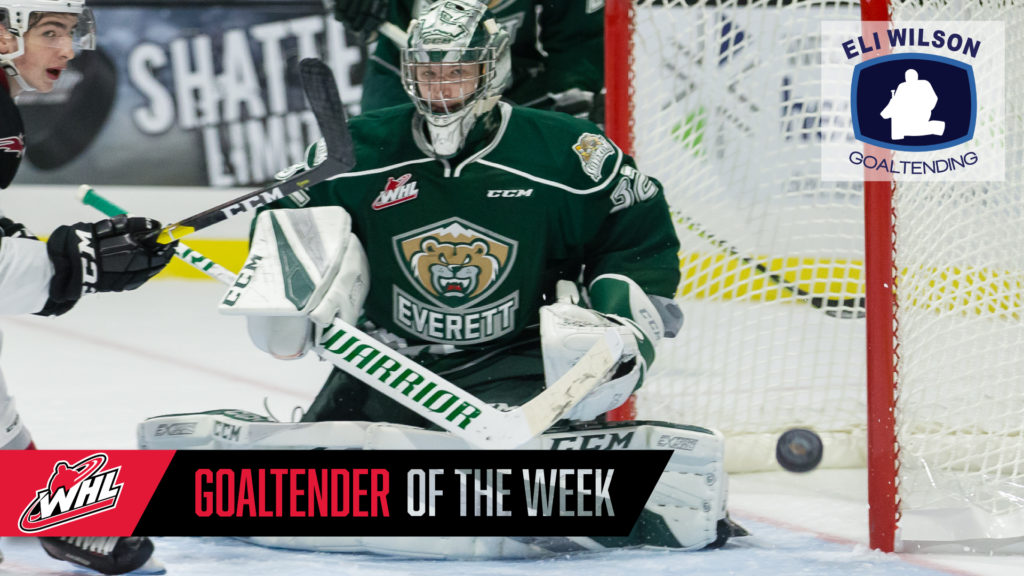 In two appearances this week, Wolf, a prospect for the 2019 NHL Draft, sported a 2-0-0-0 record, 0.48 goals-against average and stopped 53 of 54 shots for a .981 save percentage as the Silvertips have clinched both a 2019 WHL Playoff position and the U.S. Division title with 92 points. This week, Wolf also became the first goaltender in Everett Silvertips’ franchise history to win 38 games in a season.

The 5-foot-11, 160-pound netminder was originally selected in the fifth round, 104th overall, in the 2016 WHL Bantam Draft. In his second season, the Tustin, Calif. native has posted a 52-19-2-1 record, 1.85 GAA, .933 SV% and 11 shutouts. This week marks the fifth time this season Wolf has been named the WHL Eli Wilson Goaltending Goaltender of the Week.

The 17-year-old has also been identified by NHL Central Scouting for selection at the 2019 NHL Draft with a 17th-place ranking among North American goaltenders.

Up next, the Silvertips will visit the Spokane Chiefs on Tuesday, March 5 (7:05 p.m. PT) at Spokane Veterans Memorial Arena.