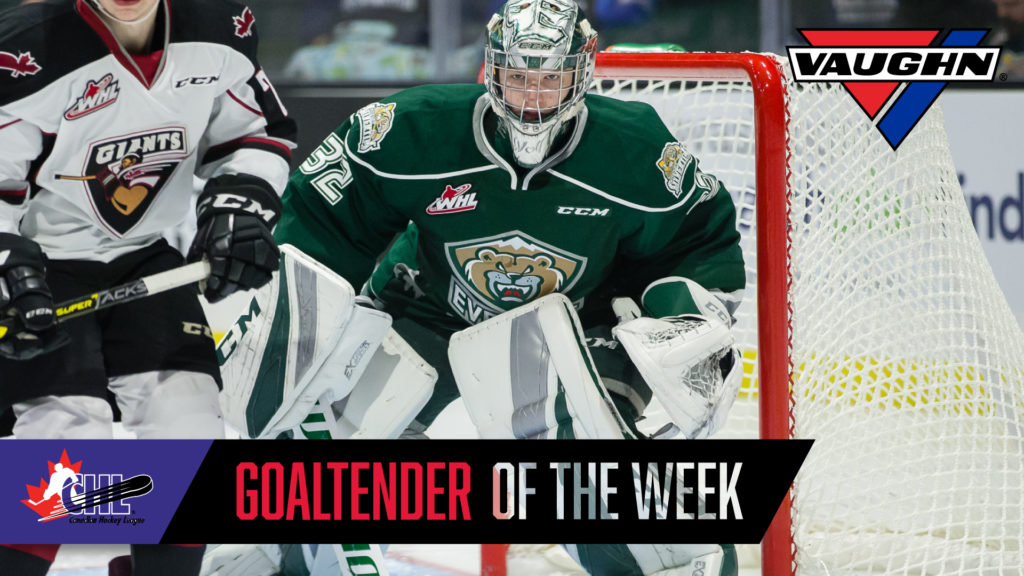 Toronto, Ont. – The Canadian Hockey League today announced that 2019 NHL Draft prospect Dustin Wolf of the Western Hockey League’s Everett Silvertips is the Vaughn CHL Goaltender of the Week for the regular season week ending March 3 with a 2-0-0-0 record, one shutout, a goals-against average of 0.48, and save percentage of .981.

Wolf claims the honour for an impressive third time this season after stopping 53 shots in two games last week to help the Silvertips improve to 44-14-2-2 on the season clinching their third straight U.S Division title in the WHL. Against the Tri-City Americans on Friday, Wolf turned aside 21 shots in an eventual 2-1 victory which set a Silvertips single-season record with his 38th victory. The next night, he came up with a 32-save performance against the Seattle Thunderbirds for a 1-0 win en route to first-star honours as well as his CHL-leading seventh shutout.

Up next, the Silvertips will visit the Spokane Chiefs on Tuesday, March 5 (7:05 p.m. PT) at Spokane Veterans Memorial Arena. 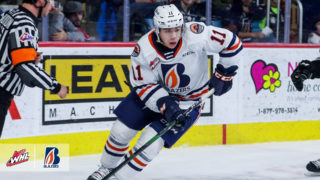