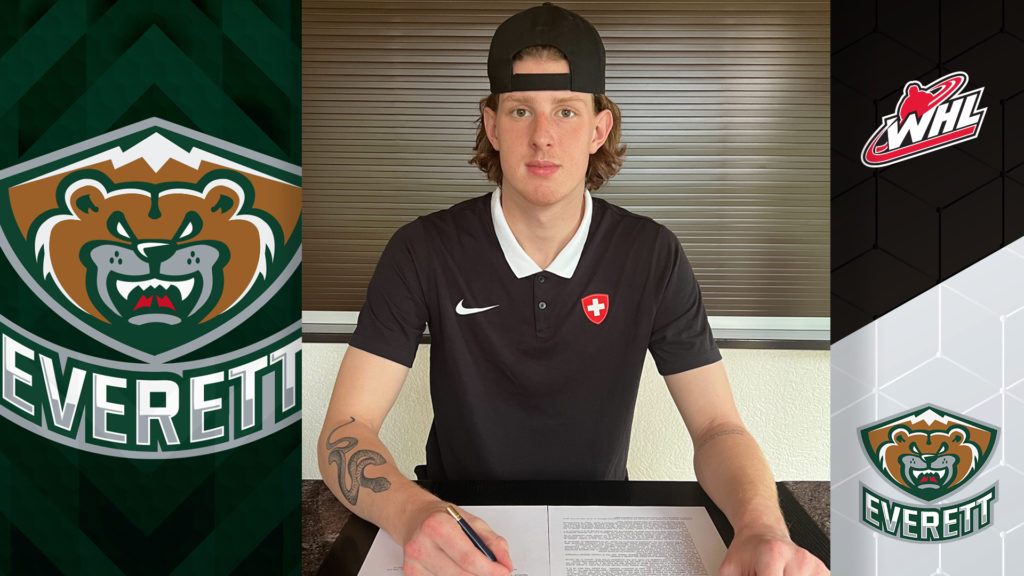 “We’re very happy to add Tim to our organization,” commented Silvertips general manager/head coach Dennis Williams. “He’s an athletic goaltender with good size and good experience. He’s got all the tools to be a professional goaltender, and I know our coaching staff, particularly goaltending coach James Jensen, can’t wait to work with him in training camp.”

Metzger, who hails from Männedorf, Switzerland, was selected in the second round of the 2022 CHL Import Draft. The 17-year-old split time last season between the U20 level with GCK Lions and the U17 level with ZSC. He has been particularly successful at the U17 level, as ZSC has won back-to-back titles in the Swiss U17-Elit league. In those two seasons, Metzger is a combined 19-4-1, with a 9-3-0 record as the backstop for the 2021-22 playoff run.

“I was really impressed by his size and his work ethic,” praised Silvertips European scout Alessandro Benin. “He has had a lot of success in Zurich at the U-17 level. With time and effort put in with James Jensen, I am sure he will be able to develop into a solid WHL goalie.”

Metzger will fill the second international slot on the Silvertips roster, with Everett having signed Czech forward Dominik Rymon earlier this week.