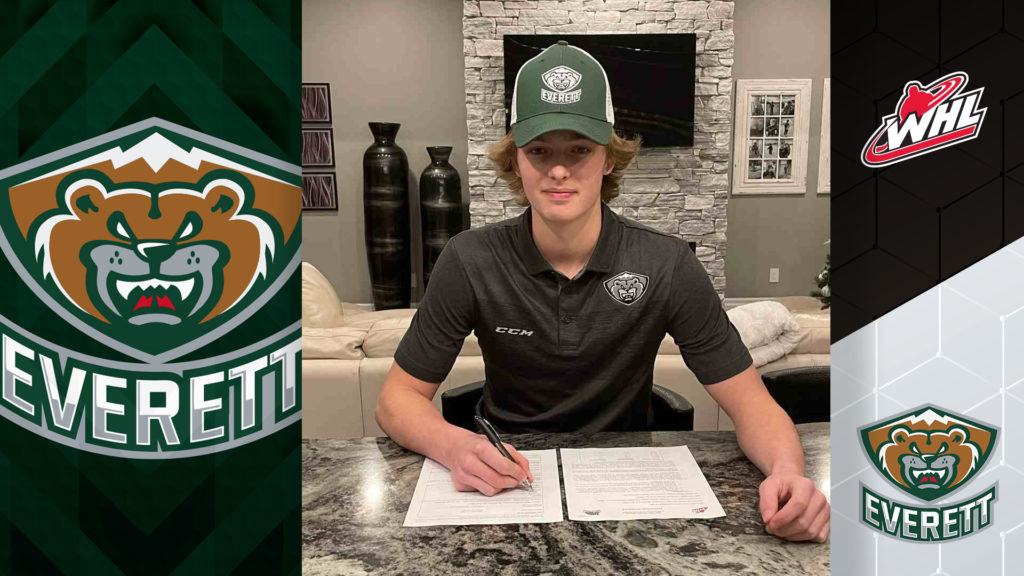 Everett, Wash. – The Everett Silvertips have announced the signing of defenceman Tarin Smith to a WHL Standard Player Agreement. Smith was the Silvertips’ first round selection (20th overall) in the 2021 WHL Prospects Draft.

“Signing with Everett is an awesome feeling,” said Smith. “Knowing I’m with such an amazing organization, I’m really looking forward to playing with amazing players and getting better.”

Smith, who hails from Porcupine Plain, Sask., has been skating with the Saskatoon Blazers 18U AAA team in the SMAAAHL. He currently has three goals and 18 assists through 24 games played this campaign. Smith also played in five games at the 2021 WHL Cup as a member of Team Saskatchewan, registering three assists.

“We’re thrilled to welcome Tarin to the Silvertips,” commented head coach and general manager Dennis Williams. “Our scouting staff has had their eyes on him for a long time. He plays a very responsible game as a defenseman, he’s a smooth skater with very strong playmaking ability. He’s a very mature, hard-nosed player that fits our mold very well. We’re excited to see him grow and develop in our organization.”

Smith becomes the second player from the 2021 WHL Prospects Draft class to sign with Everett, with third-round selection Jesse Heslop having signed an agreement December 19. Heslop made his WHL debut that afternoon, scoring the eventual game-winning goal in a 7-2 win over the Spokane Chiefs.

We've signed defenseman Tarin Smith ('06) to a Standard Player Agreement! Tarin was our 20th-overall selection in the first round of the @TheWHL Draft.

Welcome to the Tips, Tarin!