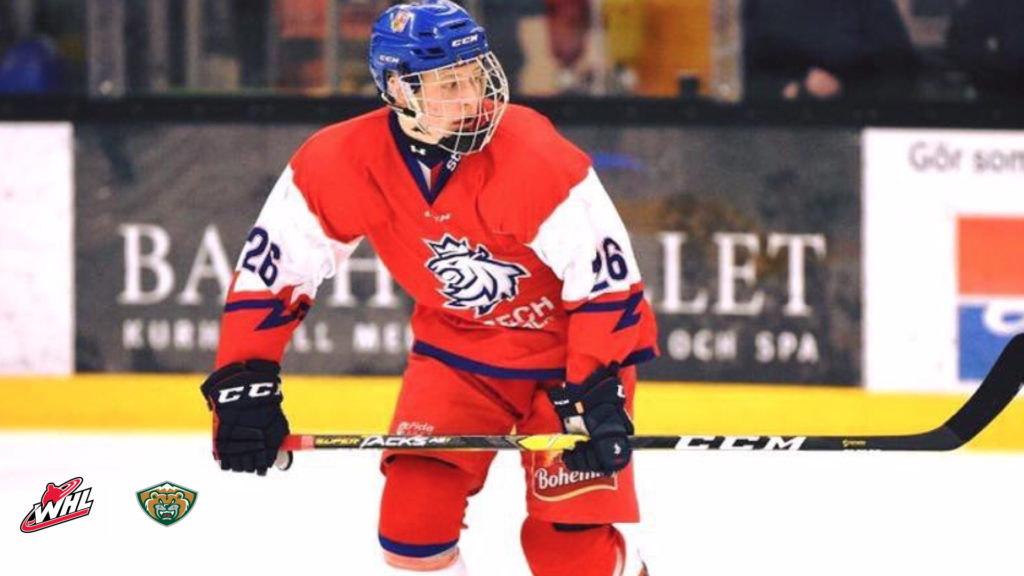 “We’re proud to welcome Michal to the Silvertips family and admire a terrific decision he made by choosing Everett as the next step in his career,” said Davidson. “The skill set he brings to North America and the years ahead he can take advantage of as a WHL player make us excited for his arrival in the next several weeks. He’s expressed a desire to fit in with our program and we’re satisfied with the combination of imports we have on our roster heading into the season, joined by Martin Fasko-Rudas who will return for his third year.”

Gut, a 2002-born forward, was selected by the Silvertips in the first round (57th overall) in the 2019 Canadian Hockey League Import Draft and was tied for third on Pirati Chomutiov (Czech U19) with 34 points in 33 games last season, additionally ranking fifth with 20 assists while adding four points in five playoff games and tying the club lead with three postseason goals.

He is currently in camp with Team Czech Republic (U-18) for the upcoming Hlinka Gretzky Cup, Aug. 5-10 in Breclav, Czech and Piestany, Slovakia, and scored a game winning goal today in a 4-1 victory over Switzerland.

Michal Gut with a great individual effort to score the game-winning goal for CZE #U18 in today’s 4-1 win over Switzerland.

The 5-foot-10, 174 pound forward additionally suited up in ten games with Pirati Chomutiov’s Czech Extraliga club, and represented the Czech Republic at the World U17 Hockey Challenge with a goal in five games. The season prior, Gut racked up 38 points (19g-18a) in just 19 games for Pirati Chomutiov’s U16 club, and was second on the U18 program with 40 points (19g-21a) in 33 games while ranking second with a +17 rating.

The native of Kadan, Czech Republic has 18 points in 25 games for International Junior competition, and 81 points (42g-39a) along with a +40 rating in 57 games for his career at the U16 level. With the Team Czech Republic at the European Youth Olympic Festival last season, he earned an assist in three games and helped guide the program to a gold medal.

The Tips full regular season schedule offers full 34-game season tickets, 22-game, 14-game, and 7-game plans for as little as $130 per seat, available at www.everettsilvertips.com/season or by calling (425) 252-5100 during normal business hours (Monday through Thursday during the offseason, 9am to 4pm).

The Silvertips will launch the 2019-20 season and raise their seventh U.S. Division banner to the rafters on Opening Night, Sept. 20 at Angel of the Winds Arena against the Tri-City Americans at 7:35 p.m. The Silvertips open the pre-season on Friday, Aug. 30 during the Delta Hotels Preseason Classic in downtown Everett, at 7:00 p.m. against the Tri-City Americans. Preseason Packs, offering all nine games of the tournament, are on sale for $75. “Everett Only” packs (offering all three Silvertips pre-season games in the tournament) are available for only $35 per seat. Tips pre-season single game home tickets are expected to go on sale beginning Aug. 1.