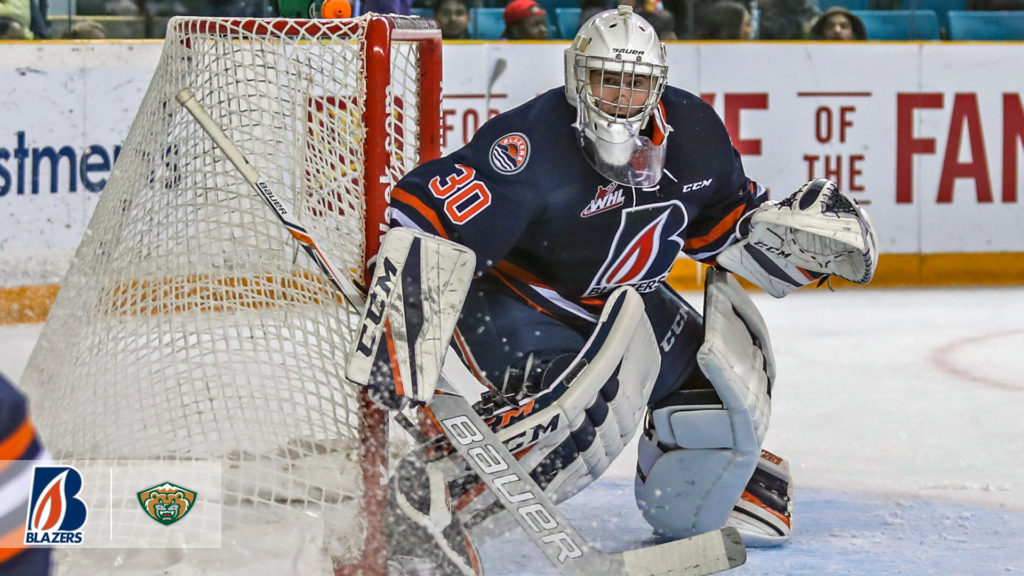 The Everett Silvertips made a move to shore up their goaltending Monday afternoon, acquiring goaltender Max Palaga from the Kamloops Blazers.

In return, the Blazers received a sixth-round selection in the 2020 Western Hockey League Bantam Draft.

“This trade will give Max an opportunity to continue to play at the WHL level. We’d like to thank Max for everything he has done as a Kamloops Blazer and wish him all the best in Everett,” commented Blazers General Manager Matt Bardsley.

Palaga collected his first career WHL victory November 3, 2017 against the Vancouver Giants. During the 2017-18 WHL Regular Season, Palaga appeared in 17 games, sporting a 5-7-0-1 record, 3.71 goals-against-average, and a 0.875 save percentage. This season, Palaga had been playing with the Vernon Vipers of the British Columbia Hockey League.

The Silvertips are back in action Friday, November 2 (7:35 p.m. PT), playing host to the Tri-City Americans.