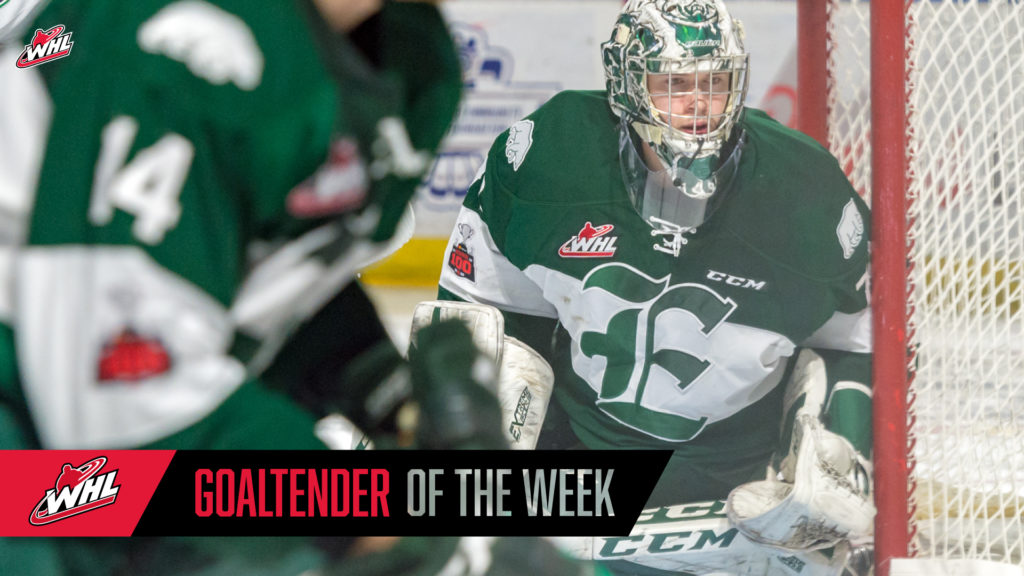 Hart, a prospect of the Philadelphia Flyers, was selected by the NHL club in the second round, 48th overall, of the 2016 NHL Draft. This past week, Hart went 3-0-0-0, maintained a 1.33 goals-against-average, stopped 97 of 101 shots for a .960 save percentage, and recorded one shutout as the Silvertips advanced to the second round of the 2018 WHL Playoffs.

Heading onto the road for Games Three and Four after a split in the first two games in Everett, Wash. against the Seattle Thunderbirds, Hart stopped 33 of 34 shots in a 3-1 win against the defending Ed Chynoweth Cup Champions to take the series lead. Hart also earned first star honours in the game.

In Game Four of the Series, Hart stopped 28 of 31 shots in a 7-3 win for the Silvertips. Returning home for Game Five Saturday, Hart put the exclamation point on the series victory against the Silvertips’ regional rivals, stopping all 36 shots directed his way for his third career WHL playoff shutout. He was named the first star of Saturday’s game and the first star of the night across the WHL.

The Silvertips will now await the conclusion of the series between the Portland Winterhawks and Spokane Chiefs to determine their second round opponent in the 2018 WHL Playoffs.