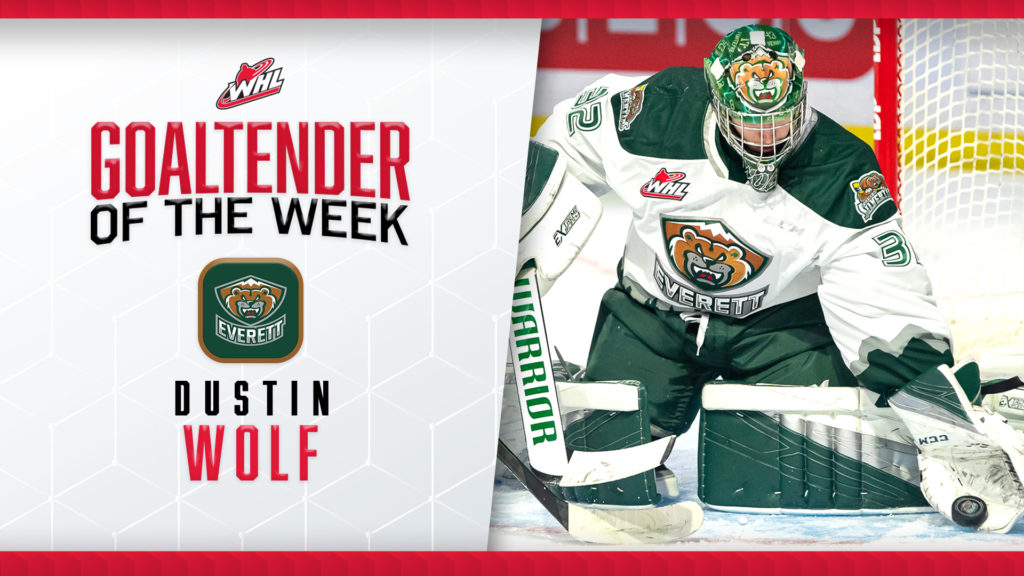 Wolf, 19, was back up to his old tricks, recording two shutout victories, as the WHL’s U.S. Division returned to play this weekend. Wolf and the Silvertips went 2-0-0-0 with no goals against to start the season. The prospect of the Calgary Flames turned aside all 40 shots sent his way over the weekend.

Opening the campaign on Saturday, March 20 against the Spokane Chiefs, Wolf blocked all 22 pucks fired his way, as the Silvertips knocked off the Chiefs by a 2-0 margin. The product of Tustin, Calif., followed up on Sunday, March 21 with a perfect 18-save performance in a 7-0 victory over the Tri-City Americans.

Over the course of 129 career WHL regular season outings, Wolf is 90-31-4-2 with a 1.82 goals-against average, .935 save percentage, and 22 shutouts. His 22 shutouts are good enough for third all-time among all WHL goaltenders. Former WHL goaltenders Tyson Sexsmith (Vancouver Giants, 2005-09) and Carter Hart (Everett Silvertips, 2013-18) hold the WHL’s all-time record for shutouts with 26.

Next up, Wolf and the Silvertips will host the Tri-City Americans on Wednesday, March 24 (7:05 p.m. PT) at Angel of the Winds Arena in Everett.