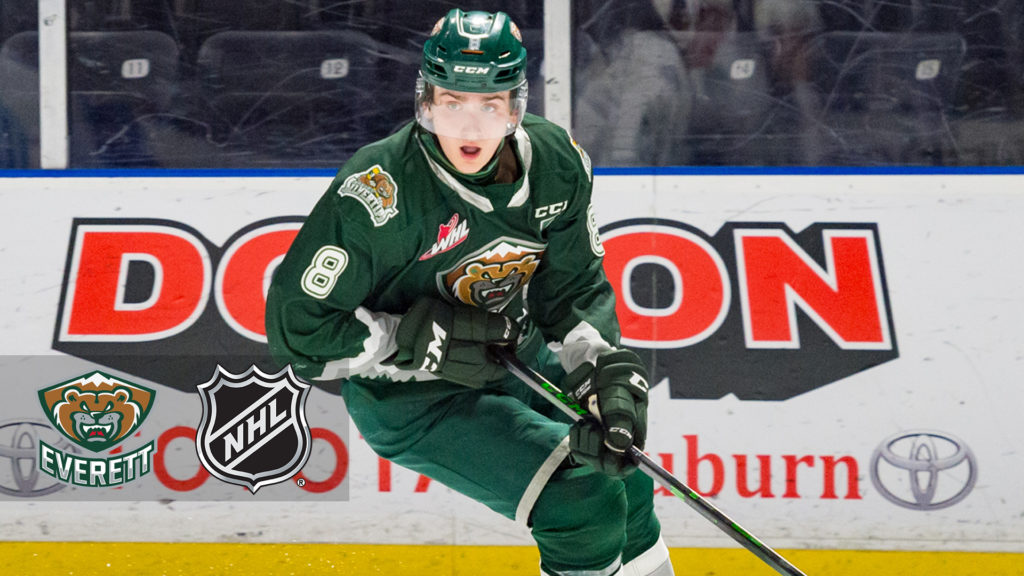 The Hurricanes made the announcement Friday. Seeley was a seventh-round selection by Carolina in the 2020 NHL Draft.

“Despite two shortened seasons in the WHL, Seeley’s progression has been terrific. His ability to transport the puck and play fast defensively is what we’re looking for in our defensemen,” said Carolina Hurricanes president and general manager Don Waddell. “We’re excited to watch him continue his development in our organization for another three years.”

This past season, the product of Olds, Alta. registered 17 points (5G-12A) in 23 WHL contests, helping the Silvertips capture the U.S. Division title. Seeley led all Everett blueliners in goals and points while ranking second in assists. He was named a Silvertips co-captain earlier this month.

In 138 WHL regular season games, all with Everett, Seeley has amassed 58 points (9G-49A). He was originally selected 20th overall by the Silvertips in the 2017 WHL Draft.