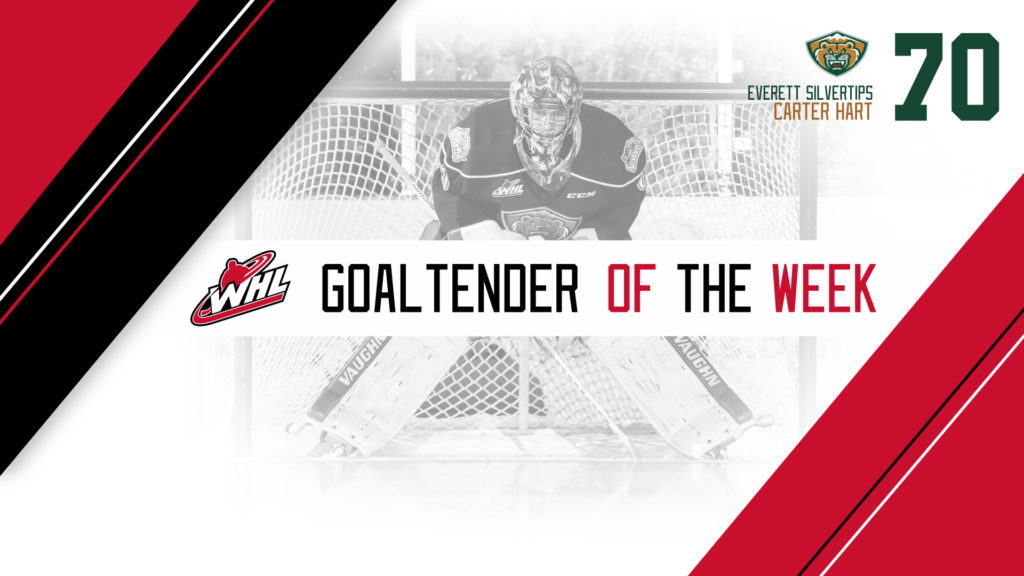 An 18-year-old product of Sherwood Park, AB, Hart went 1-0-1-0 this past week, with a 1.92 goals-against average, .933 save percentage and one shutout. Returning to the Silvertips following a silver-medal effort with Canada at the 2017 IIHF World Junior Championship, Hart backstopped Everett to a 4-0 shutout win at Kamloops on Friday, January 13, being named first star for his 22-save performance. Back home on Saturday, January 14, Hart was once again named first star as he made 34 saves in a 4-3 overtime loss versus Seattle.

Through 26 appearances this season, Hart is 17-3-5-0, helping the Silvertips jump ahead of the U.S. Division pack. His 1.85 GAA and five shutouts both rank first in the WHL and his .928 SV% is good enough for second.

Hart was originally an eighth round pick (158th) of the Everett Silvertips at the 2013 WHL Bantam Draft.