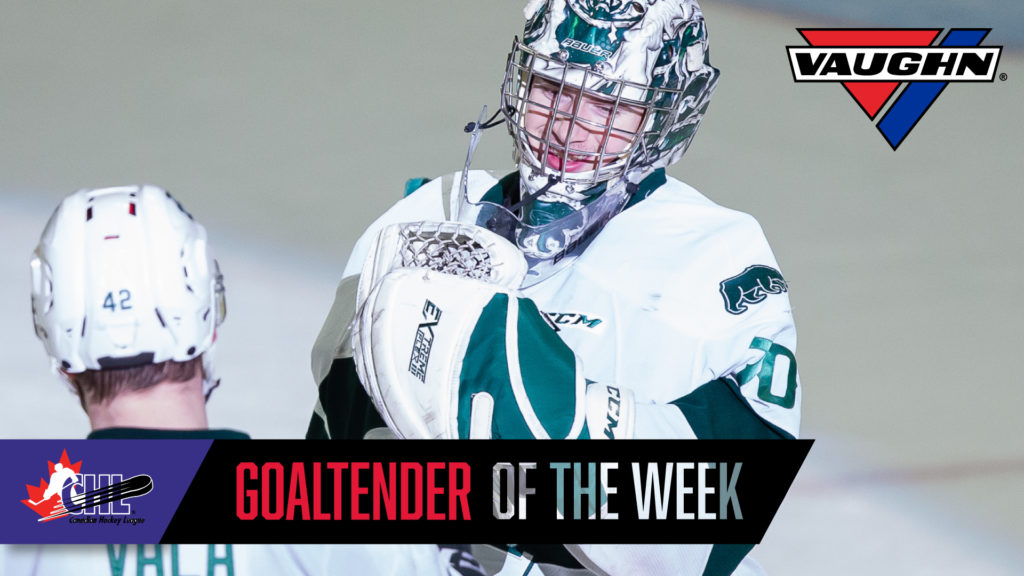 Toronto, ON – The Canadian Hockey League today announced that Philadelphia Flyers prospect Carter Hart of the Western Hockey League’s Everett Silvertips is the Vaughn CHL Goaltender of the Week for the playoff week ending April 1 after posting a 3-0 record including one shutout with a goals-against-average of 1.33 and save percentage of .960.

Hart, who was originally selected by the Flyers in the second round, 48th overall, of the 2016 NHL Draft, made 97 saves last week, backstopping the Silvertips to three-straight wins and a first round series victory over the defending Ed Chynoweth Cup champion Seattle Thunderbirds.

Hart is playing in his fourth full WHL season with Everett after being chosen by the club in the eighth round, 158th overall, of the 2013 Bantam Draft. Recently named 2017-18 WHL Western Conference Player of the Year, Goaltender of the Year, and a First Team All-Star, Hart carries a 1.97 goals-against-average and .938 save percentage through five playoff games after maintaining marks of 1.60 and .947 during 41 regular season appearances.

Hart was recently named the Vaughn WHL Goaltender of the Month, going 9-2-0-1, with a 1.96 goals-against-average, .930 save percentage and one shutout in March, appearing in seven WHL regular season games and five WHL playoff games.

The Silvertips will now await the conclusion of the series between the Portland Winterhawks and Spokane Chiefs to determine their second round opponent in the 2018 WHL Playoffs.