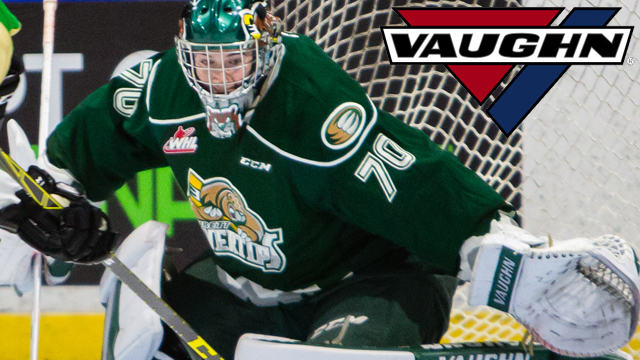 Toronto, ON – The Canadian Hockey League today announced that 2016 NHL Draft prospect Carter Hart of the Everett Silvertips is the Vaughn CHL Goaltender of the Week for the week ending November 29 after posting a 3-0-0-0 record including two shutout victories with a goals-against-average of 0.33 and save percentage of .985.

Hart stopped 65 of 66 shots faced last week backstopping the Silvertips to three straight wins to improve their record to 14-7-0-2 where they rank third in the competitive WHL U.S Division. He posted back-to-back shutouts for the second time this season beginning with a 26-save performance on Wednesday in a 5-0 victory over the Tri-City Americans, followed by a 14-save effort on Thursday night to blank the Moose Jaw Warriors. Hart wrapped up his strong week between the pipes with a 25-save performance on Sunday earning second star honours in a 5-1 win over the Spokane Chiefs.

A 17-year-old from Sherwood Park, AB, Hart is playing in his second season with the Silvertips where he currently carries a 14-6-0-2 record. Eligible for the 2016 NHL Draft, Hart leads all WHL netminders with six shutouts along with a league-best goals-against-average of 1.61 and save percentage of .939.