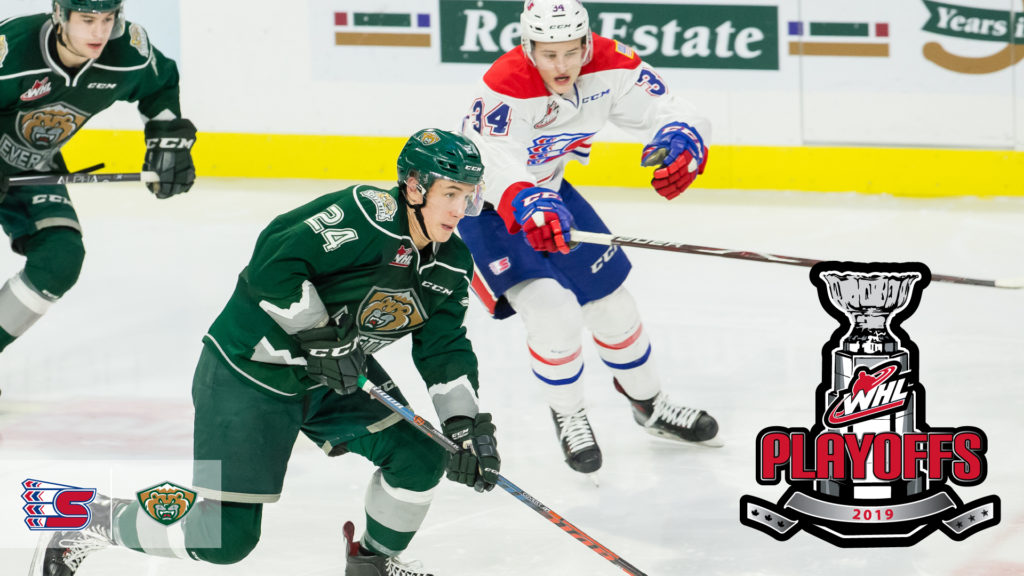 The Everett Silvertips and Spokane Chiefs will face each other in the second round of the 2019 Western Hockey League Playoffs.

Both teams confirmed their spots in the second round via Game 5 victories Saturday night. The Silvertips closed out their series with a 9-1 win against the Tri-City Americans. The Chiefs downed the Portland Winterhawks by a 4-1 score for their third consecutive victory in the series.

The Silvertips commanded a regular season series victory against the Chiefs by going 6-0-1-1. Seven of the eight meetings in the season series took place from November 3 to December 28, 2018. After winning the opening game between the two clubs by a 6-2 score, Everett split a pair of overtime results against the Chiefs. The Silvertips then won the next two meetings of the season series by two-goal margins before the Chiefs took a 4-3 shootout decision in mid-December. Everett won the last two matchups of the regular season by a 3-1 score.

Leading the way in the season series, there’s no shortage of talent on either side.

Up front for the Silvertips is captain Connor Dewar and teammate Bryce Kindopp, who each had 10 points in the season series to lead all players. The Minnesota Wild prospect Dewar had five goals and five assists while Kindopp had four goals and six assists. Leading the way for the Chiefs was Riley Woods, who had eight points (4G-4A) while defenceman Ty Smith (New Jersey Devils) had seven assists for the Chiefs.

In net, the battle will pit Dustin Wolf of the Silvertips against Bailey Brkin of the Chiefs. Wolf won all six of the games for Everett in the season series and maintained a 1.75 goals-against-average as well as a .929 save percentage. Brkin was in net for both of Spokane’s wins while maintaining a 2.70 GAA and a .928 SV%.