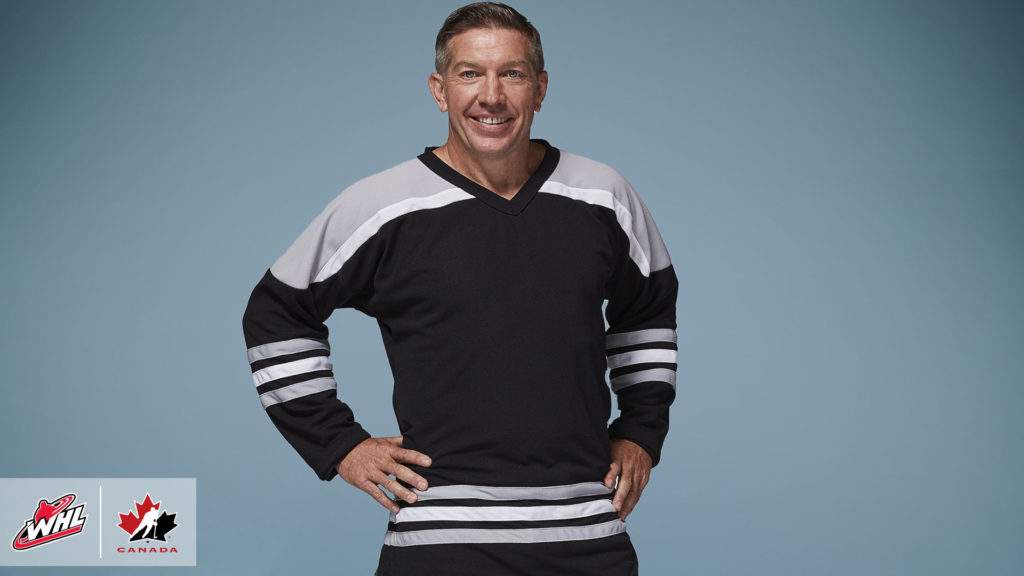 Hockey Canada has unveiled its 2020 recognition class for the Order of Hockey in Canada for the annual Hockey Canada Foundation Gala & Golf in Niagara Falls, Ont. in June. Featuring this year among the class is former Swift Current Broncos captain Sheldon Kennedy.

Kennedy, the product of Brandon, Man., spent three seasons in the Western Hockey League with the Broncos from 1986 to 1989, notching 287 points (134G-153A) in 175 WHL regular season games. Kennedy played a key role for the Broncos in the Club’s 1989 WHL Championship win with Kennedy tallying 24 points (9G-15A) in 12 games. The agile right-winger’s incredible season would not stop at the WHL Championship as the Broncos would go on to capture the 1989 Memorial Cup in an all-Saskatchewan final win over the hosting Saskatoon Blades. During the tournament, Kennedy notched nine points (4G-5A) in five games and was named to the Memorial Cup All-Star team.

Kennedy’s play would be enough for the forward to make the Team Canada roster for the IIHF World Junior Championship in 1988 and 1989. The Canadians would ride the performances of Kennedy and his Broncos teammate Joe Sakic en route to a gold medal in 1988. In 14 games played collectively, Kennedy tallied 13 points (7G-6A).

Kennedy caught the attention of the Detroit Red Wings when they chose him in the fourth round, 80th overall, at the 1988 NHL Draft. Making his debut first with the Adirondack Red Wings in the American Hockey League (AHL), Kennedy burst on to the scene, registering 26 points (11G-15A) in his first 26 games. In the 1991-92 season, Kennedy would stay with the AHL Club and nearly double his production. The forward notched 49 points (25G-24A) in 46 games and helped the AHL Red Wings to a Calder Cup victory in 1992. Kennedy would spend the next year with Detroit in his first full season in the NHL, tallying 30 points (19G-11A) in 68 regular season games. Kennedy finished his NHL playing days with the Boston Bruins after appearing in 310 NHL regular season games and accumulating 107 points (49G-58A).

In 1998, Kennedy roller bladed across Canada to raise awareness and funds for sexual assault victims. Kennedy devoted his post hockey career to child abuse prevention and education. Kennedy was awarded an Honorary Doctorate from the University of Fraser Valley in April 2012 for his work supporting victims of child abuse and raising awareness for the topic. On April 13, 2013, The Calgary Child Advocacy Centre was renamed the Sheldon Kennedy Advocacy Centre. In 2014, Kennedy was named to the Order of Canada for his efforts towards raising awareness around preventing abuse in schools, sports and communities.

Kennedy also appeared on CBC’s Battle of Blades, partnering with Ice dancer Kaitlyn Weaver in season five. The pair would take down the competition and would be eventually crowned winners of the competition. The pair raised a total of $100,000 they chose to donate to the Canadian Tire Jumpstart. The organization provides financial assistance to kids in need so they can access sports and physical activity.

NEWS | Ken Dryden, Sheldon Kennedy and Dr. Charles Tator to be immortalized by Hockey Canada for their outstanding contributions to the game. #makehockeymore