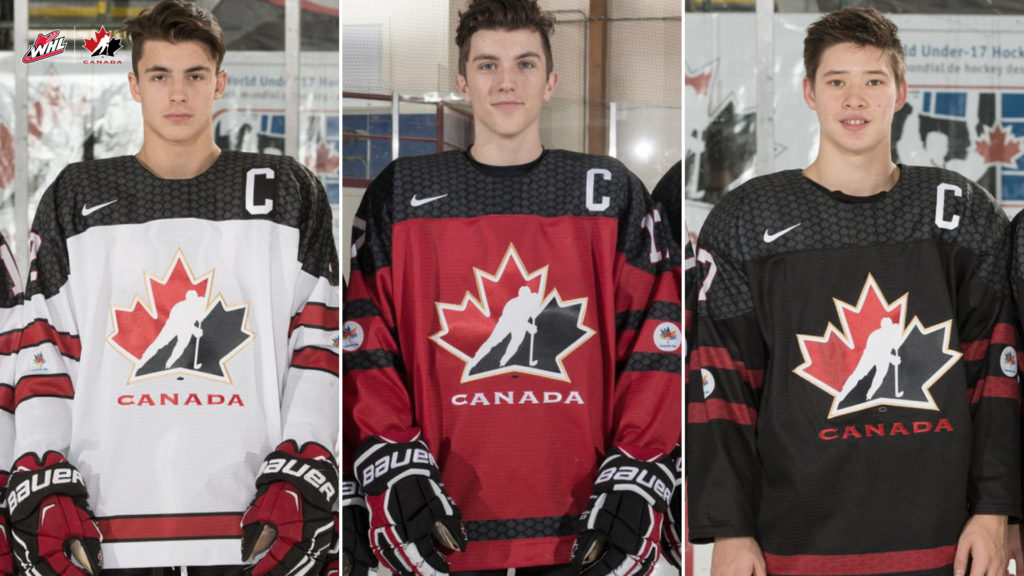 When Canada’s teams step onto the ice at the World U-17 Hockey Challenge this week, they’ll be led by three upcoming stars in the Western Hockey League ranks.

All three players, who were selected in the first round of 2016 WHL Bantam Draft, were contributing to their team’s success before being named to the respective rosters  for the week-long tournament.

Schneider, a 6-foot-1, 197-pound defenceman from Prince Albert, Sask., has five assists in 16 games with the Wheat Kings. Originally drafted 12th overall by the Wheat Kings, Schneider made his WHL debut last season, playing in one regular season game and three playoff games.

Single-game tickets are now available – $5 for pre-tournament games, $15 for preliminary-round games, $20 for quarter-finals, $25 for semifinals and the bronze-medal game and $30 for the gold-medal game. In addition to the single-game tickets, fans can take advantage of a variety of ticketing options, including the ‘Family 4-Pack’. For more information on tickets, pricing or how to purchase, CLICK HERE.

TSN and RDS, the official broadcasters of Hockey Canada, will air the semifinal from Dawson Creek and the bronze- and gold-medal games; please check local listings for details.