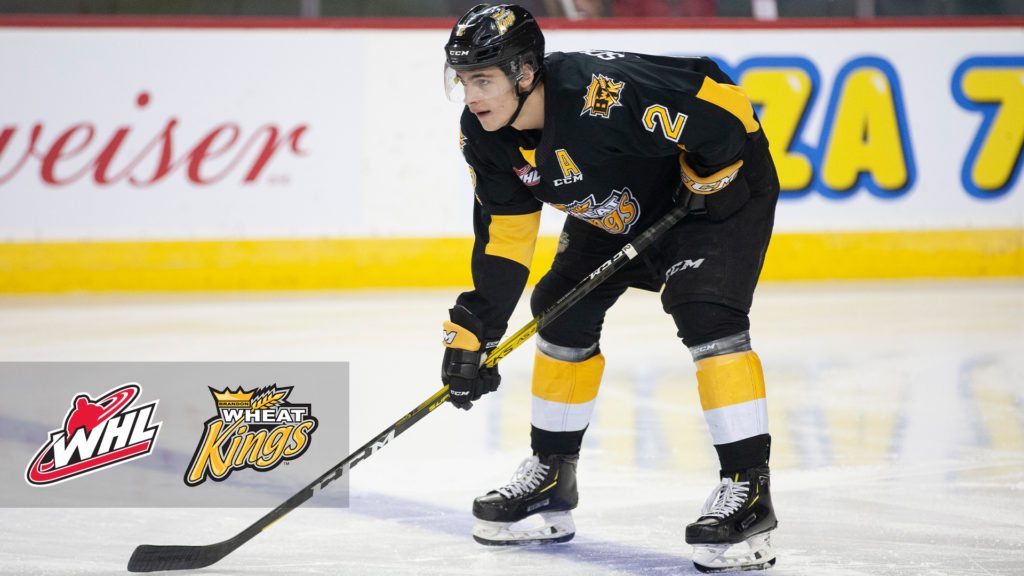 It’s been a big week for 19-year old defenceman and captain of the Brandon Wheat Kings, Braden Schneider. After travelling to Regina for a unique, shortened WHL season, Braden has signed an Entry Level Contract with the NHL’s New York Rangers.

Selected by the Rangers 19th overall in the 2020 NHL Entry Draft, Schneider is getting set to begin his fourth season in the Western Hockey League when the Wheat Kings kick off their 2020-21 Regular Season next week from the East Division’s Hub Centre in Regina, SK.

Since the end of the Wheat Kings’ WHL season last March, Schneider has donned two other jerseys playing for both Team Canada at the 2021 IIHF World Junior Championship and most recently the Rangers’ American Hockey League affiliate, Hartford Wolfpack.

For more on the latest acquisition by the Rangers, you can read their media release here.