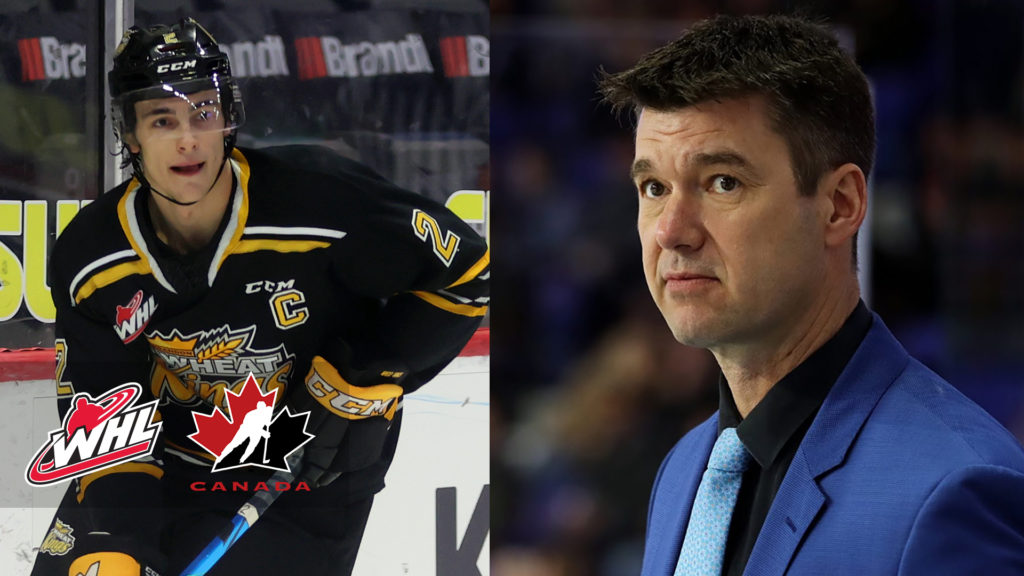 Schneider has been named to the 25-player roster. Dyck will serve as an assistant coach.

Hockey Canada announced its traveling party Friday. The group will travel to Latvia Sunday, May 15.

Schneider, a first-round pick (19th overall) by the New York Rangers in the 2020 NHL Draft, heads overseas after finishing third among WHL defencemen with 27 points (5-22–27) during the 2020-21 season. The 19 year-old also made his professional debut with the Hartford Wolf Pack of the American Hockey League in February, registering one assist in two games played.

The 6-foot-2, 210-pound rearguard was named to the WHL Eastern Conference First All-Star team at the conclusion of the 2019-20 season.

Congratulations to our Captain Braden Schneider on being named to Team Canada for the 2021 IIHF World Hockey Championship!! @bradenschneid @HockeyCanada #BWK pic.twitter.com/UWCFXpCc1W

Dyck completed his third season at the helm of the Giants earlier this week, leading Vancouver to a 12-10-0-0 record. Dyck has twice coached a team to a WHL Conference Championship, doing so with his hometown Lethbridge Hurricanes in 2008 and again with the Giants eleven years later.

Vancouver Giants head coach Michael Dyck has been named to Canada’s coaching staff for the 2021 IIHF World Hockey Championships that begin later this month in Latvia.

Both Schneider and Dyck were part of the Canadian contingent that won a silver medal at the 2021 IIHF World Junior Championship in Edmonton. Dyck was also the head coach of Canada’s entry at the 2019 Hlinka Gretzky Cup, again winning a silver medal.

Schneider captured a gold medal with Team Canada at the 2018 Hlinka Gretzky Cup, scoring twice and adding an assist in seven games played.

Meet the 2️⃣5️⃣ players who will wear the 🍁 at #IIHFWorlds beginning May 21.

Canada opens the tournament Friday, May 21 against host Latvia. Their preliminary round schedule also includes games against Finland, Germany, Italy, Kazakhstan, Norway and the United States.