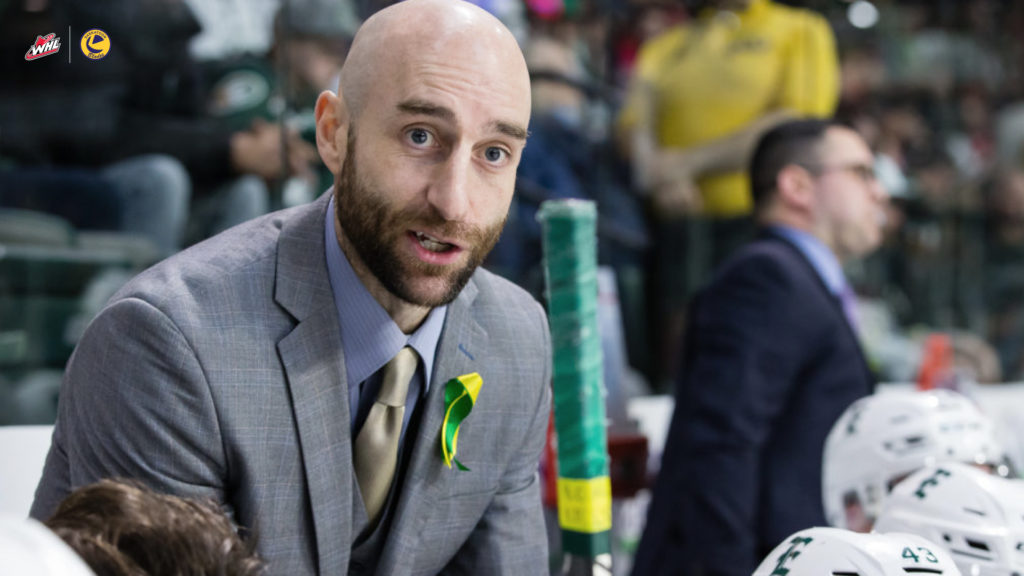 Originally from Quesnel, British Columbia, Love first broke into the WHL as a defenceman with the Moose Jaw Warriors in 1999 when he was just 15. Love finished his playing career in the Western Hockey League with 320 regular season games under his belt; scoring 33 goals, 66 assists, and 901 penalty minutes.

Following his junior career, the now 33-year-old went on to play professionally in the American Hockey League for five seasons including brief stops in the ECHL and Central Hockey League.

In 2011, Love retired from playing and accepted a position with his former club in Everett as an Assistant Coach and Strength & Conditioning Coach. He has held the position for the past seven seasons while also taking on the title of Assistant to the General Manager.

During his tenure with the Silvertips, Love has focused on the defense corps of a team that has notoriously been one of the stingiest teams in the entire league. Everett has allowed the fewest goals in the WHL for the past two seasons. The Silvertips have made the playoffs each of the seven seasons Love has been on the bench including three straight appearances in the second round before this past season’s second consecutive U.S. Division Title, and a Western Conference Championship.

“We’re thrilled to have Mitch commit long term to the Blades,” said Priestner. “We believe he is one of the top young coaches in the country and will bring a great deal of experience in the WHL to our players.

“His teams have been extremely hard working, disciplined and accountable and we believe he will being a ton of passion to our team as we look to take the next step as a club.”

Love has also represented Canada on the international stage on two occasions; both as an Assistant Coach at the World Under-17 Challenge in 2015 and 2016. In 2015, Love helped lead Team Canada White to a Gold Medal.

In addition to his coaching duties, Mitch served as an organizer with the players and their billet families, coordinated the players’ education program, community projects within Snohomish County, and alumni events such as the annual Mitch Love Charity Golf Tournament.

Love will turn 34 in June and has one daughter, McKenna.

The Silvertips also issued a release acknowledging the departure of Love from his role with their organization in order to join the Blades.

“First and foremost, Mitch Love poured his heart and soul into this organization and community; we couldn’t be any more proud of him and the impact he made with the Everett Silvertips,” said Silvertips General Manager Garry Davidson. “He’s a testimony to work ethic and professionalism, qualities that made him such a beloved figure here as a player and coach.

“It’s not easy to see him depart, but it’s a tremendous opportunity that he deserves in a head coach role. We thank Mitch for his efforts, and wish him nothing but the best. He’ll always be a part of our family.”