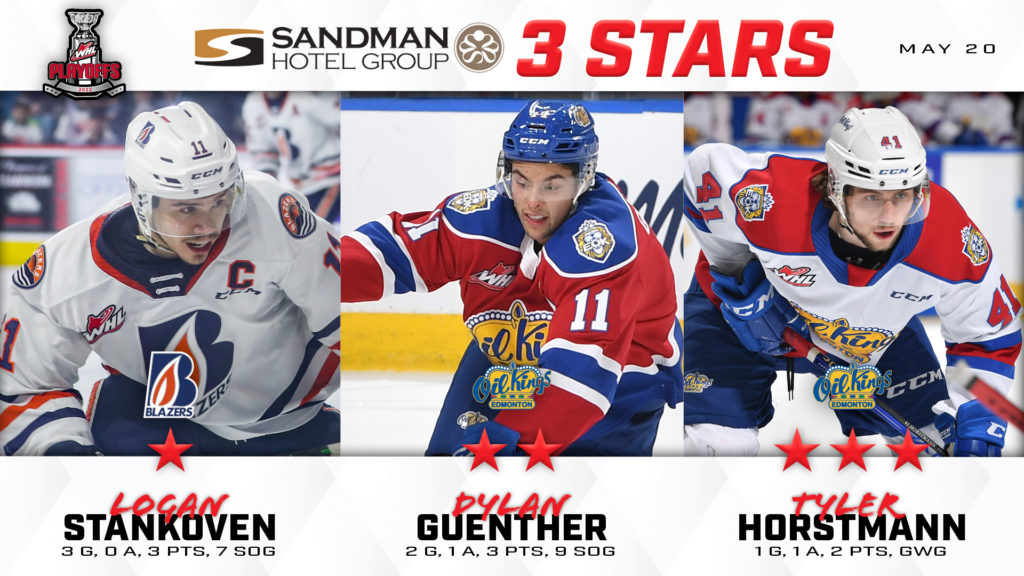 The Conference Championships are underway, with the Edmonton Oil Kings and Kamloops Blazers running out Game 1 winners.