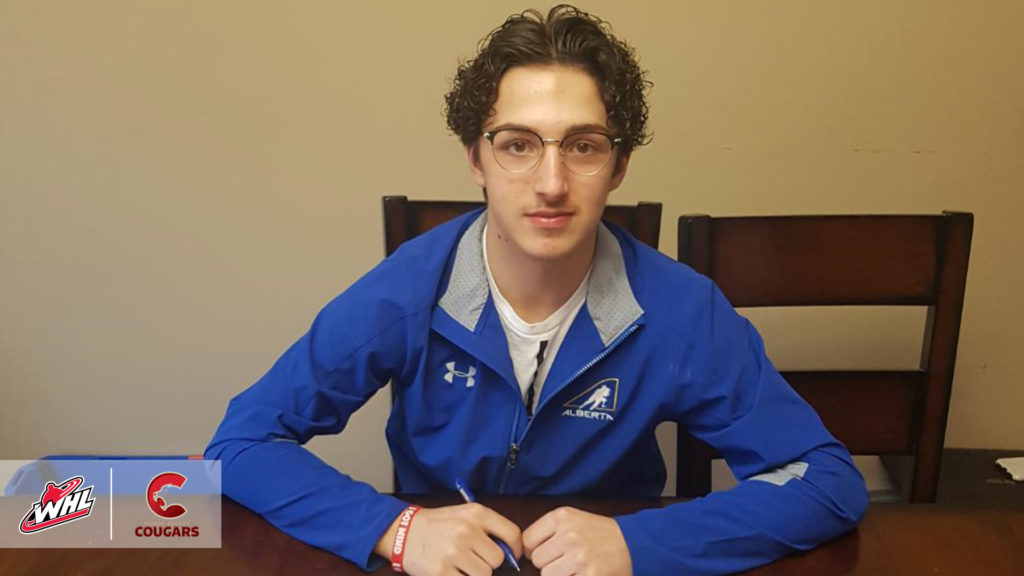 “Singer, like Brown and Heidt, is an elite scorer in his age group. His shot and release are exceptional,” said Cougars’ Director of Scouting, Bob Simmonds. “We’re thrilled to add another cornerstone piece for our future. Having all three of our first-round picks now signed is a great testament to the belief our prospects have in our organization.”

Singer played last season for the Lloydminster Bobcats Bantam AAA in the Alberta Major Bantam Hockey League (AMBHL). The Lloydminster, AB product led his team in scoring with 51 points (30G-21A) in 32 games and was fifth in league scoring. The 5’8, 157-pound winger captained his team and was co-winner of the AMBHL’s Top Forward and Most Valuable Player awards. In two seasons at the Bantam AAA level, Singer has amassed 92 points (47G-45A) in 62 regular season games.

“It’s truly an honour to sign with such a great organization that’s filled with amazing people. I can’t wait to get started,” said Singer.