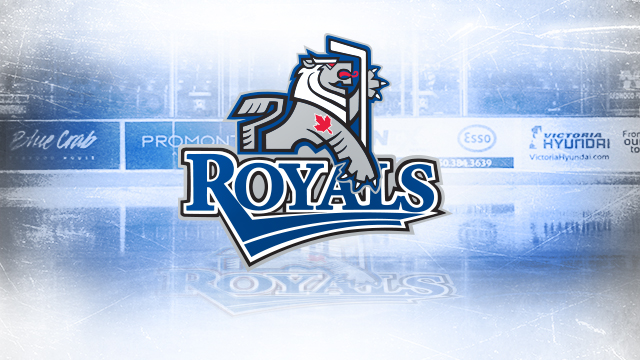 Victoria, BC- The Victoria Royals are pleased to announce that the club will raise both their WHL Regular Season Championship and BC Division Championship banners earned during the 2015-16 season in a pre-game ceremony on Friday, September 23rd vs. the Prince George Cougars.

The Royals captured the franchise’s first ever Scotty Munro Memorial Trophy as the top team in the WHL during the 2015-16 regular season. Victoria won the award after they earned 106 points and a 50-16-3-3 mark. The Royals also earned top spot in the BC Division, and finished six points above the second-place Kelowna Rockets.

Fans are able to purchase single game tickets for the home opener in person at the Select Your Tickets Box Office located at Gate 1 of the Save-On-Foods Memorial Centre, over the phone by calling 250-220-7777 or online at www.selectyourtickets.com.

Victoria’s lone home game of the pre-season takes place tomorrow when they host the Vancouver Giants. Puck drop is scheduled for 2:00 p.m. at Save-On-Foods Memorial Centre. Presented by GoodLife Fitness, tickets for this game are only $5 with $2 coupons for hot dogs, popcorn and pop available for download and print from www.thezone.fm and www.theq.fm.

The following ticket packages for the Royals’ 2016-17 Regular Season are on sale now: Season Tickets, Half-Season Tickets and Five-Game Fan Pack. Guarantee yourself the best seats, prices and benefits that includes the most flexible ticket exchange policy in the WHL. Secure your spot for next season by giving the Royals’ ticket office a call at 250-220-7889 or sending an email to tickets@victoriaroyals.com to set up an appointment to view available seating.