Royals’ Soy named WHL On the Run Player of the Week 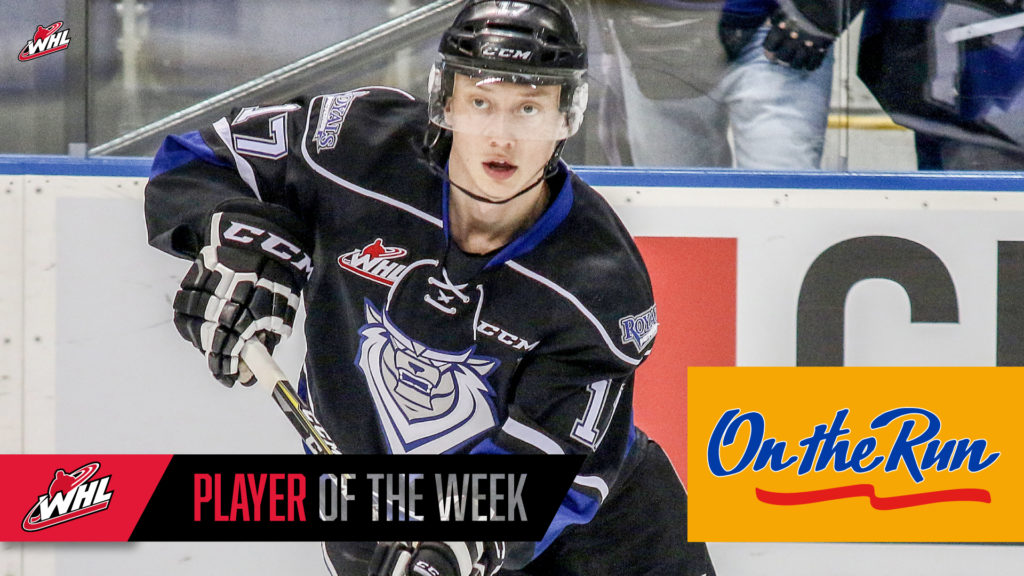 Calgary, Alta. – The Western Hockey League announced today that Victoria Royals center Tyler Soy has been named the WHL On the Run Player of the Week for the week ending October 15, 2017.

Soy, who was drafted by the NHL’s Anaheim Ducks in 2016 (7-205), has been on an offensive tear since returning to the club after an extended stay with the Ducks’ organization. In four games this week, Soy registered 12 points (3G-9A) and plus-six rating as the Royals, the top-ranked team in the Canadian Hockey League, held onto their leads atop the B.C. Division and Western Conference.

Tuesday at home against the Tri-City Americans, Soy scored a goal and three points as the Royals won by an 8-2 score. Wednesday against the same Americans, Soy picked up his second multi-point game in as many nights with a pair of assists.

Friday, Soy collected another goal and a pair of assists as the Royals lost their first regulation contest of the season to the Spokane Chiefs. Saturday in a 6-1 win against the Seattle Thunderbirds, Soy capped off a productive week with a goal and four points.

Soy was recognized by the WHL as the second star of the night Saturday following his four-point game.

As of Oct. 15, Soy sits fifth on his team with 13 points (4G-9A) despite playing just five games compared to the 10 his teammates have participated in. Soy is also soaring up the WHL scoring race, sitting in a five-way tie for 25th in the league.

The Royals are back in action Wednesday, October 18 (7:00 p.m. MDT) when they make their lone trip of the year to Rogers Place to battle the Edmonton Oil Kings.