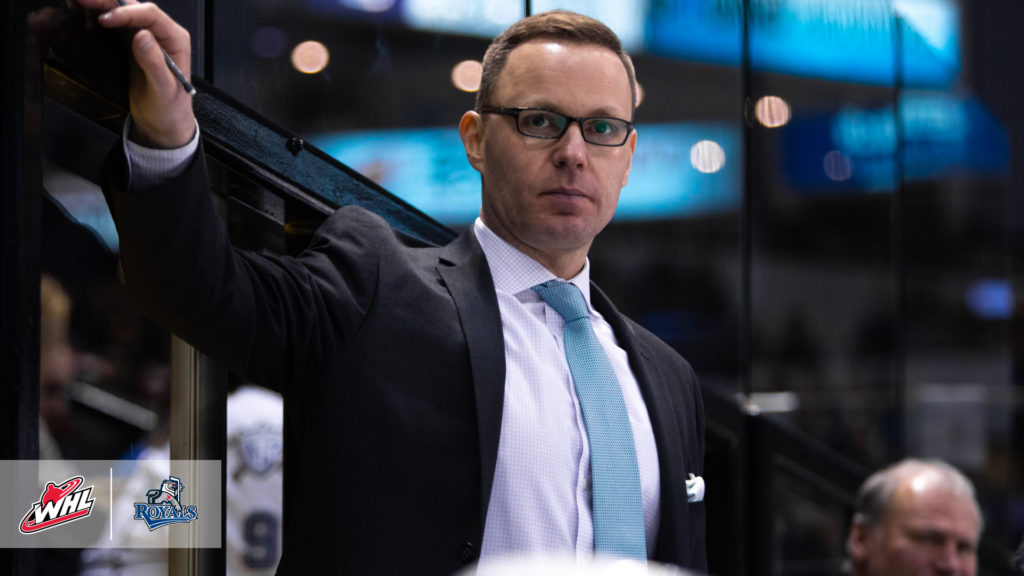 Victoria, BC – The Victoria Royals are proud to announce that Dan Price has been promoted to the role of General Manager & Head Coach. Price is the team’s third general manager.

The St. Albert, AB native originally joined the Royals during the 2016-17 season as the team’s assistant coach and was promoted to head coach prior to the 2017-18 campaign. Since taking over the reins as the Royals’ bench boss in 2017-18, Price has led the squad to a 105-81-12-6 regular season record. The team has qualified for the playoffs each season under Price.

“Dan has done an exceptional job since joining our organization in 2016,” GSL Group President and CEO Graham S. Lee said. “He has an incredible passion and knowledge for the game which translates into creating an environment for those around him including players and all those connected with the Royals to achieve their highest potential.”

This is the first general manager’s job in the WHL for Price, who has previously held the titles of General Manager and Head Coach of the Junior A Drumheller Dragons in the Alberta Junior Hockey League, and of Manager of Athletic Recruitment with U Sports’ University of Toronto Varsity Blues Men’s Hockey Team.

“I’m very grateful to Graham for this opportunity and responsibility,” General Manager and Head Coach Dan Price said. “As a team, we’ll do our very best to carry on the great tradition that this organization has built over the years, and to continue to provide our city, region and fans with a world class hockey experience and a team they can be proud of on and off the ice.”

A former junior hockey goaltender, Price played three seasons (1992-95) with the Trail Smoke Eaters and Fort St. John Huskies of the Rocky Mountain Junior Hockey League. He concluded his playing career in the CIS at the University of Regina (1995-98), and graduated from the University of Saskatchewan’s College of Law in 2001.

The Royals would like to thank all of their supporters for a fantastic 2019-20 hockey season. Fans who still hold unused vouchers, or had purchased tickets, for any of the team’s three cancelled regular season home games in March are encouraged to keep them for use during the upcoming 2020-21 season.  Royals Ticket Pack Members should also keep an eye on their mailbox over the next few weeks for full renewal details, including missed game credits.

BREAKING: We are proud to announce that Dan Price has been promoted to the role of General Manager & Head Coach!