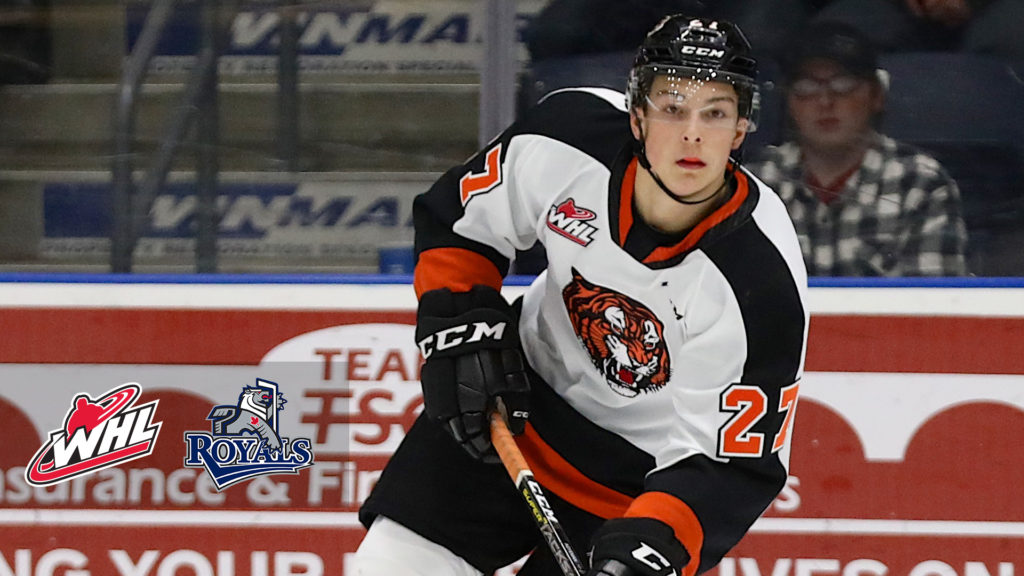 The Victoria Royals have added to their blueline, trading for 19-year-old defenceman Damon Agyeman in a deal with the Medicine Hat Tigers.

“Damon is a strong and athletic defenceman who defends well and moves the puck with velocity,” said Victoria general manager and head coach Dan Price. “We look forward to welcoming him to the Royals.”

We have acquired prospect @DamonAgyeman from the @tigershockey in exchange for a conditional 6th round pick in 2023.

Agyeman, a product of Cochrane, Alta., has played in 21 games over the course of three seasons with Medicine Hat, registering two points (1G-1A).

We have a trade to announce!

We have traded Damon Agyeman (2002) and a 9th round draft pick to the @victoriaroyals for a conditional 6th round pick in the 2023 WHL Draft.
We would like to wish Damon the best in the future!