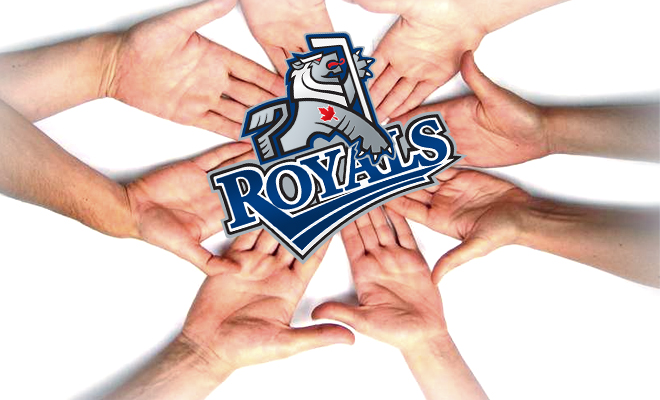 Victoria, BC- The Victoria Royals are proud to announce that during the 2015-16 Western Hockey League (WHL) season the team helped raise over $350,000 for local organizations and charitable causes through a variety of promotions and initiatives.

In their five seasons on Vancouver Island, the Royals have helped raise over $1,800,000 in charitable contributions.

The Royals’ annual Pink in the Rink game in February of this year was once again a success, as the club, fans and sponsors combined to raise more than $20,000 in support of the BC Cancer Foundation.

In December, the team’s annual Teddy Bear Toss Night saw over $16,000 worth of stuffed toys donated to a variety of local charities including: The Victoria General Hospital, the Salvation Army, the Society of Saint Vincent de Paul, Single Parent Resource Centre and the Victoria Women’s Transition House.

This past season through a partnership with Investors Group, $10 from every home goal scored by the Royals was donated by Investor’s Group to Mustard Seed Victoria.

The 2015-16 season raised more than $229,000 through 50/50 and Chuck-A-Puck sales at Royals’ home games, with proceeds going to minor hockey associations and other local charities in the Greater Victoria region.

Direct donations of tickets, suites, merchandise and ticket-based fundraising initiatives added up to over $48,000 and benefitted various organizations and associations in the Capital Region.

Once again, Marty the Marmot delivered an energetic year out in the community as he attended over 110 events and contributed over 246 hours to a variety of causes and organizations.

The Royals’ 2016-17 Season Ticket Packages are on-sale now. Guarantee yourself the best seats, prices and benefits that includes the most flexible ticket exchange policy in the WHL. Secure your spot for next season by giving the Royals’ ticket office a call at 250-220-7889 or sending an email to tickets@victoriaroyals.com to set up an appointment to view available seating.