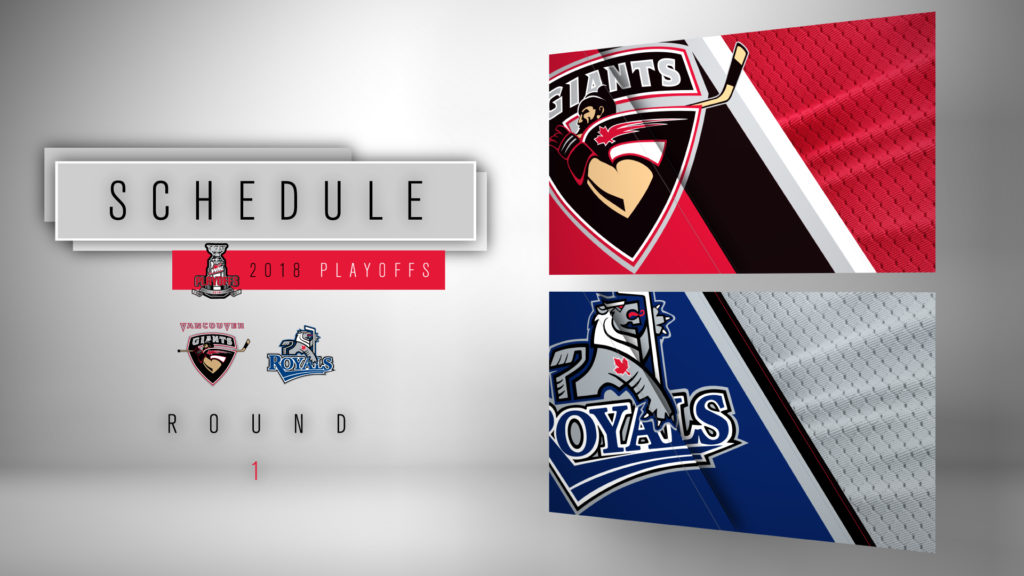 The Victoria Royals will enjoy home-ice advantage in a first-round playoff matchup with their Lower Mainland-rival Vancouver Giants.

That fate was determined Friday evening as the Giants dropped a 5-2 contest with the Kelowna Rockets, leaving them three points back of the Royals with only one game left on the schedule.

Returning to the post-season for the first time since the 2013-14 season, the Giants are paced by the high-flying Ty Ronning, who has a whopping 61 goals to his credit, having just recently signed his entry-level contract with the NHL’s New York Rangers.

On the flip side of the Georgia Straight, Calgary Flames prospect Matthew Phillips leads the Royals charge, sitting fifth in WHL scoring with 111 points (47G-64A) under his belt.

This first-round best-of-seven series will serve as the first between Victoria and Vancouver since the former Chilliwack Bruins left the Lower Mainland. The last meeting between these two franchises came during the 2008 WHL Playoffs when the Giants swept the Bruins in a first-round meeting.

Game 1 between the Royals and Giants is scheduled for Friday, March 23 (7:05 p.m. PT) at the Save-On-Foods Memorial Arena in Victoria while Game 4 of the slate is set to be broadcast nationally on Sportsnet on Thursday, March 29 at 7 p.m. PT.