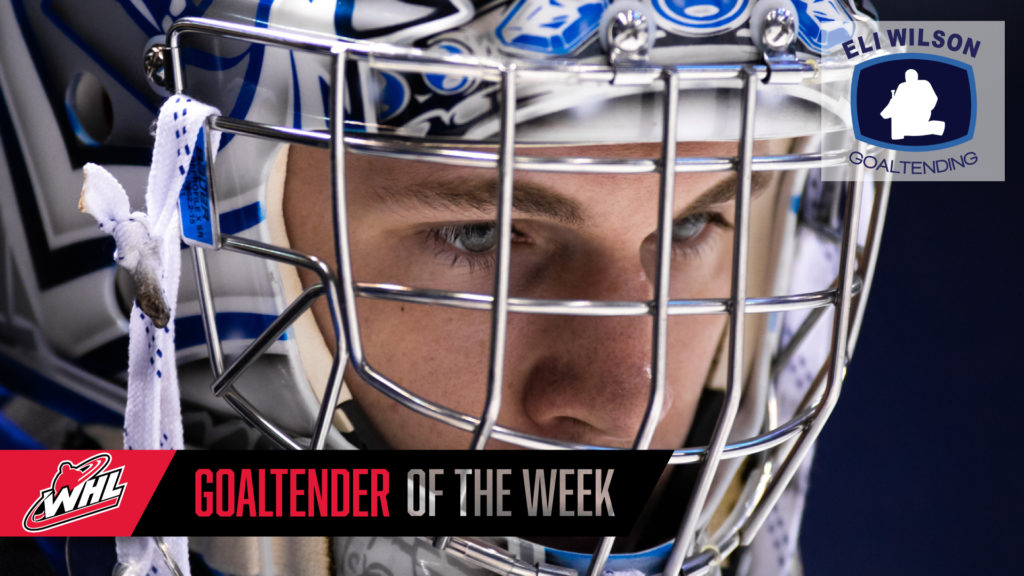 Farkas played 152 minutes of action for the Royals over the previous week, sporting a 2-0-0-0 record, 1.19 goals-against average, and stopped 77 of 80 shots for a 0.963 save percentage. Farkas’ performance kept the Royals among the top three teams in the B.C. Division nearing the holiday break with a 15-9-2-0 record through 26 games.

The 20-year-old from Penticton, B.C. began his week with a 33-save performance in a 3-1 win against the Vancouver Giants. Farkas stopped all 22 shots through 40 minutes before allowing a single goal on 12 shots in the third period. He was named the first star of the game and the WHL’s second star of the night for his performance.

In Friday’s 4-1 loss to the Seattle Thunderbirds, Farkas appeared in relief for the Royals, stopping 13 of 14 shots in 31:42 of action.

Taking over the net for Saturday’s contest, Farkas delivered another strong performance with a 31-save performance in a 3-1 win against Seattle. Farkas allowed one goal on 11 shots in the opening period, then stopped all 21 shots through the final 40 minutes for the Royals. He was named the first star of the game for his performance.

Up next for Farkas and the Royals is a trip to northern British Columbia to take on the Prince George Cougars with the first of two games starting on Friday, December 13 (7:00 p.m. PT) at the CN Centre.