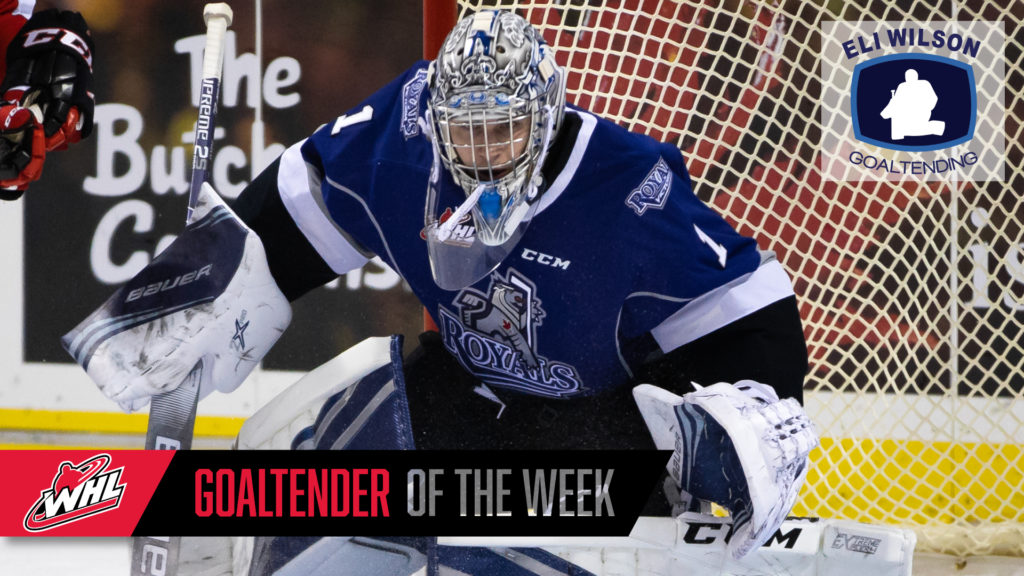 Calgary, Alta. – The Western Hockey League announced today that Shane Farkas of the Victoria Royals has been named the WHL  Eli Wilson Goaltending Goaltender of the Week for the week ending October 27, 2019.

Farkas’ won his lone appearance this past week, stopping 34 of 35 shots for a 1.00 goals-against average and a 0.971 save percentage in a 2-1 win over the division-leading Kamloops Blazers. The win was the 50th of Farkas’ WHL career.

Up next for the Royals is a mid-week two-game set at home against the Kelowna Rockets. The first of the two games takes place on Tuesday, October 29 (7:05 p.m. PT).