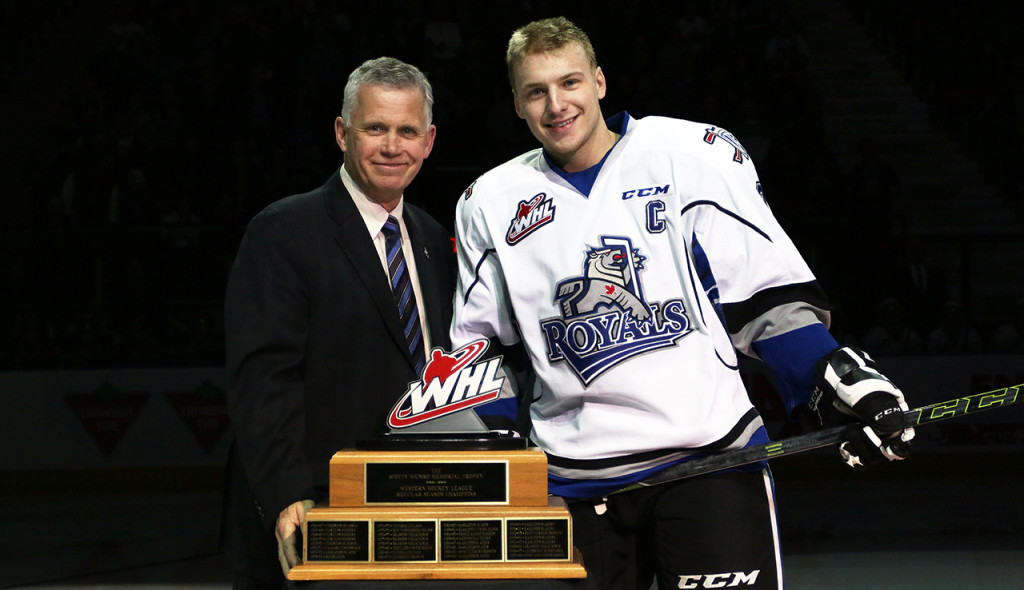 The Victoria Royals have captured the Scotty Munro Memorial Trophy for finishing with the best record in the overall WHL standings during the 2015-16 WHL regular season.

The Royals posted a 50-16-3-3 record for 106 points in 72 games this season, finishing first overall for the first time in franchise history. This also marks the Royal’s first Western Conference and BC Division titles.

During the 2015-16 regular season, the Victoria Royals battled with the Kelowna Rockets for the Scotty Munro Memorial Trophy and the Royals clinched the award after defeating the Kelowna Rockets 7-4 on March 16th, 2016. The Royals defeated the Everett Silvertips in both meetings on March 18th and March 19th to cap off a productive campaign. The Victoria Royals allowed the fewest goals against in the WHL with only 166 while scoring 281 goals, third-best amongst all WHL Clubs. Victoria was consistent as they posted 26 of their wins at home and the remaining 24 on the road.

The Royals will now face the Spokane Chiefs in Round 1 of the WHL Playoffs, beginning on Friday, March 25th at Save-On-Foods Memorial Centre. Puck drop is scheduled for 8:05pm MT/7:05pm PT.