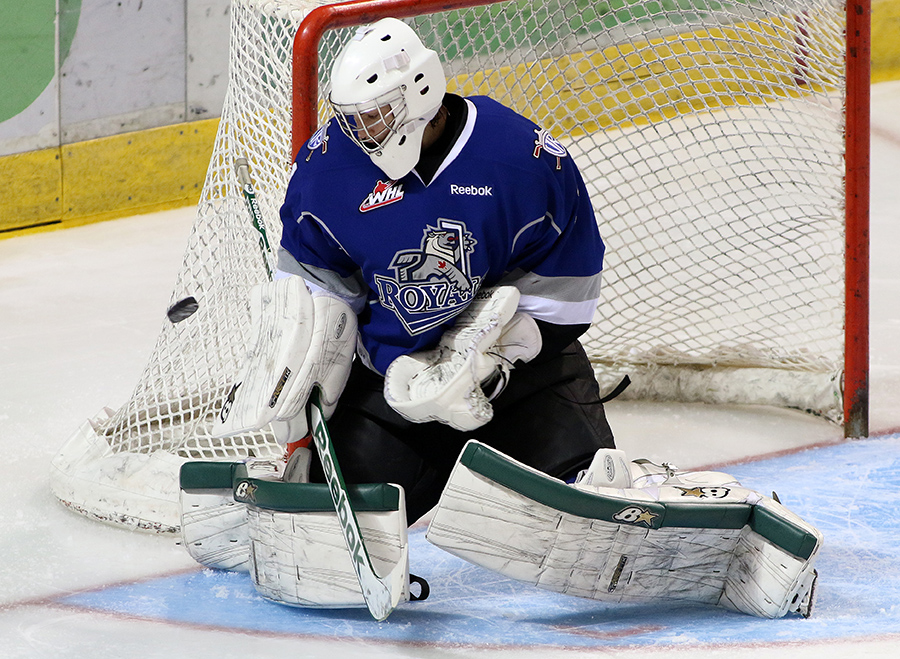 Victoria trades the rights to goaltender Evan Smith to Saskatoon.

Victoria, BC- The Victoria Royals today announced that the club has acquired a third round draft pick in the 2018 WHL Bantam Draft from the Saskatoon Blades in exchange for the rights to 1997-born goaltender Evan Smith, along with a fifth and ninth round pick in the 2016 draft.

Smith was signed by the Royals to a WHL Standard Player Agreement in August of 2014.

Victoria will head to Vancouver tomorrow for a match-up with the Giants. Puck drop is scheduled for 7:30 p.m. at the Pacific Coliseum.

The Royals return to the Save-On-Foods Memorial Centre on Saturday and Sunday for a weekend series against the Giants. Saturday’s contest is Victoria’s annual Teddy Bear Toss game and is slated for 7:05 p.m. Sunday will see the Royals in a matinee match-up beginning at 3:05 p.m. with a skate with the Royals taking place after the game. Tickets can be purchased in person at the Select Your Tickets Box Office, over the phone by calling 250-220-7889 or by visiting www.selectyourtickets.com.

Avoid the line-ups by purchasing your tickets online. Visit www.selectyourtickets.com to take advantage of the “Pick Your Own” seat map, or give the box-office a call at 250-220-7777.