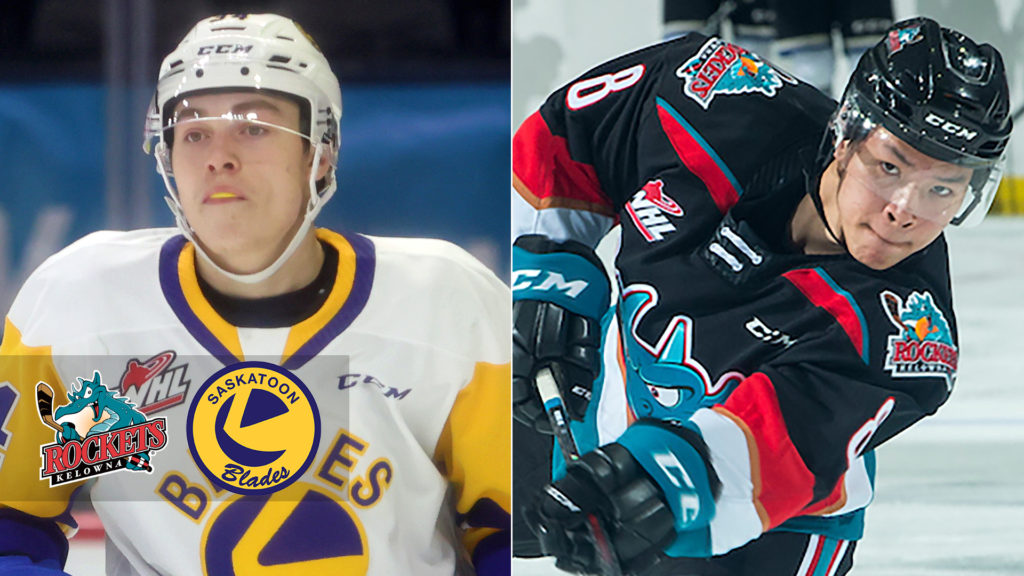 A pair of WHL stars are on the move Tuesday, after the Kelowna Rockets acquired Chicago Blackhawks prospect Colton Dach from the Saskatoon Blades in exchange for centre Trevor Wong.

Dach, an 18-year-old product of Fort Saskatchewan, Alta., led the Blades with 11 goals and five power-play markers during the 2020-21 WHL season before being selected in the second round of the 2021 NHL Draft by Chicago.

Wong, 18, finished tops among Kelowna skaters with 16 points (6G-10A) during the 2020-21 WHL campaign, and recently attended his first NHL training camp with the Florida Panthers.

The Rockets have acquired @NHLBlackhawks prospect Colton Dach from @BladesHockey in exchange for centre Trevor Wong.

“Colton is going to brings some things to our team that are going to be important to us, he shoots the puck well, I think he’s going to mature a lot as a player here now that he has an NHL training camp under his belt,” said Rockets president and general manager Bruce Hamilton. “We’re going to expect him to come in here and have a leadership role with our group in the near future.”

“When you make a deal of this size, battleship for battleship, we’re certainly giving up a young player that we’ve thought an awful lot of. Trevor was our first round pick a few years ago and a real special person, but I think with where our team is at, I thought that size was going to be an issue when we play big physical teams. I wanted to get something done earlier rather than later,” Hamilton added.

“I owed it to our talented, committed group of core players to make the right deal to improve our team,” commented Blades president and general manager, Colin Priestner. “Trevor was one of the most dynamic bantam players I have scouted in my nine years with the Blades. He’s someone that you normally would never be able to acquire in a trade because he’s so talented and so well-regarded around the league, but this trade appears to be a good fit for both sides.”

Dach has appeared in 82 WHL regular season games over the last two seasons, posting 49 points (22G-27A). He was originally selected sixth overall by Saskatoon in the 2018 WHL Draft.