Rockets’ Lind named WHL On the Run Player of the Week 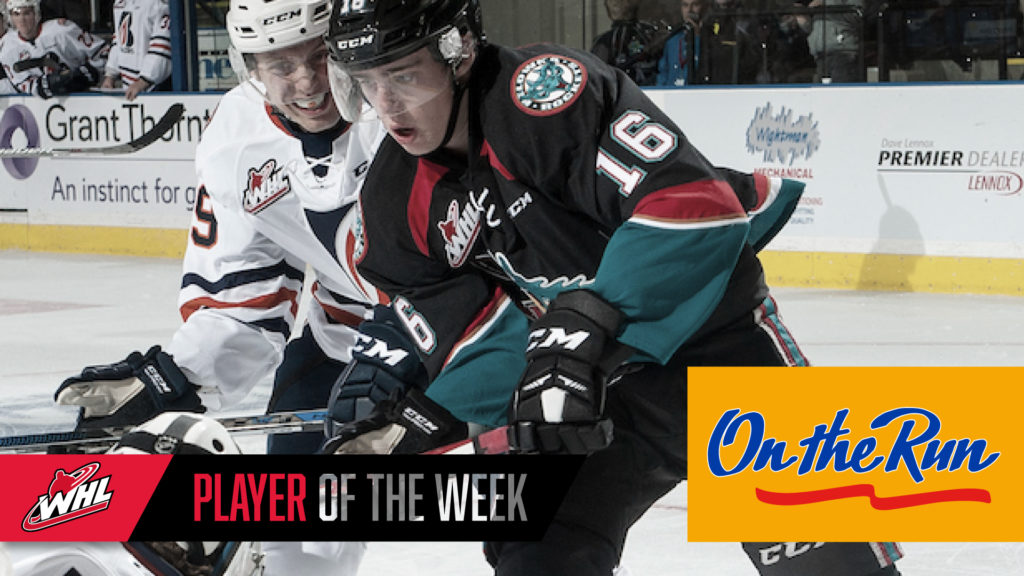 Calgary, Alta. – The Western Hockey League announced to that Kelowna Rockets forward Kole Lind has been named the WHL On the Run Player of the Week for the week ending September 24, 2017.

On Friday, September 22, Lind kick-started his weekend with a three-point effort, which included the game-winning goal and two assists in a 6-2 triumph over the Blazers, earning third-star recognition along the way. On Saturday, September 23, Lind rattled off five points and was named second star as the Rockets defeated the Blazers 5-2 in Kamloops. He was also recognized as the WHL’s First Star for his Saturday performance.

The Rockets, powered by Lind, will look to remain undefeated to start the 2017-18 WHL regular season when they host the Everett Silvertips on Friday, September 29 (7:05 p.m. PT).