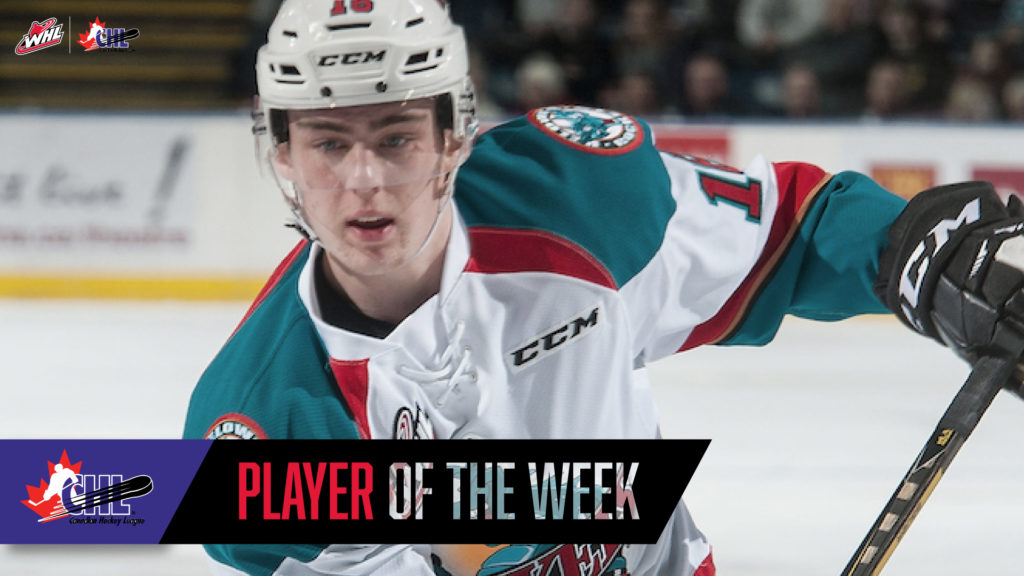 Toronto, ON – The Canadian Hockey League today announced that Vancouver Canucks prospect Kole Lind of the Kelowna Rockets is the CHL Player of the Week following the first week of regular season action ending September 24 scoring three goals and five assists for eight points in two games with a plus-minus rating of plus-6.

Lind took the early lead in the CHL scoring race with a pair of multi-point performances that helped the Rockets earn back-to-back victories over the Kamloops Blazers.  In Friday night’s home opener Lind scored the game-winning goal and added two assists as third star of the 6-2 win, then produced a career-high five points including two goals and three assists on Saturday as second star of a 5-2 road win.

An 18-year-old from Shaunavon, Sask., Lind is playing in his third full season with the Rockets who selected him in the fourth round of the 2013 WHL Bantam Draft.  Last season he more than doubled his offensive output in all categories following his rookie campaign scoring 30 goals and 57 assists for 87 points in 70 games.  Last June Lind was chosen in the second round, 33rd overall by the Canucks in the 2017 NHL Draft.