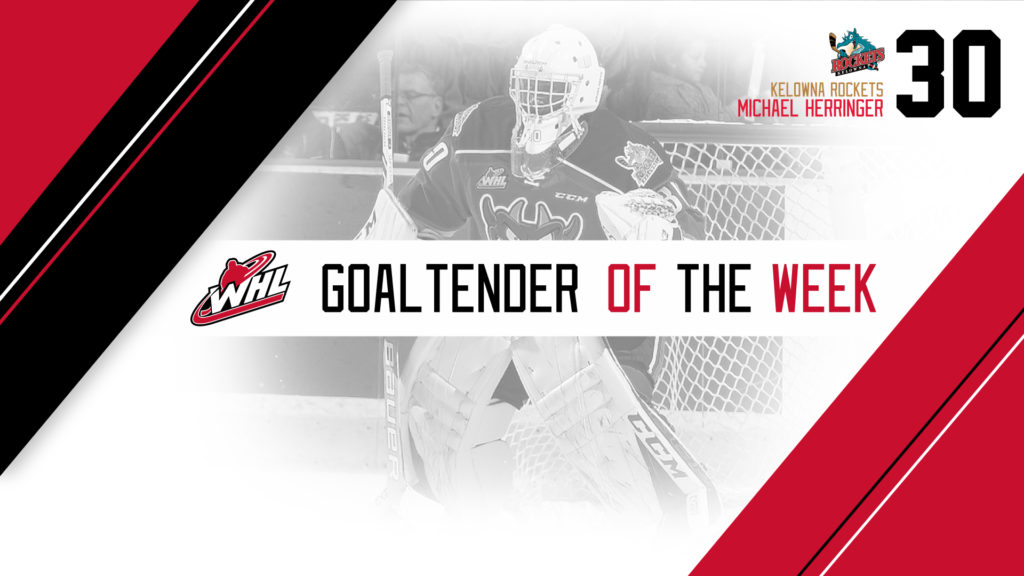 The 21-year-old Herringer went 3-0-0-0 with a 1.10 goals-against average, .961 save percentage and 74 saves this past week, helping the Rockets continue their climb up the B.C. Division standings.

On Wednesday, March 1, Herringer stopped 25 shots in a 5-1 win versus Prince George, earning second star recognition. On Friday, March 3, he made 34 saves plus another six stops in the shootout as the Rockets earned a 3-2 shootout win at Everett. Herringer rounded out his week by entering in relief on Saturday, March 14, turning aside all 15 pucks sent his way to help the Rockets execute a 4-2 come-from-behind victory versus Tri-City.

This marks the second time this season Herringer has been recognized with WHL Goaltender of the Week honours. He was previously acknowledged for the week ending October 23, 2016.