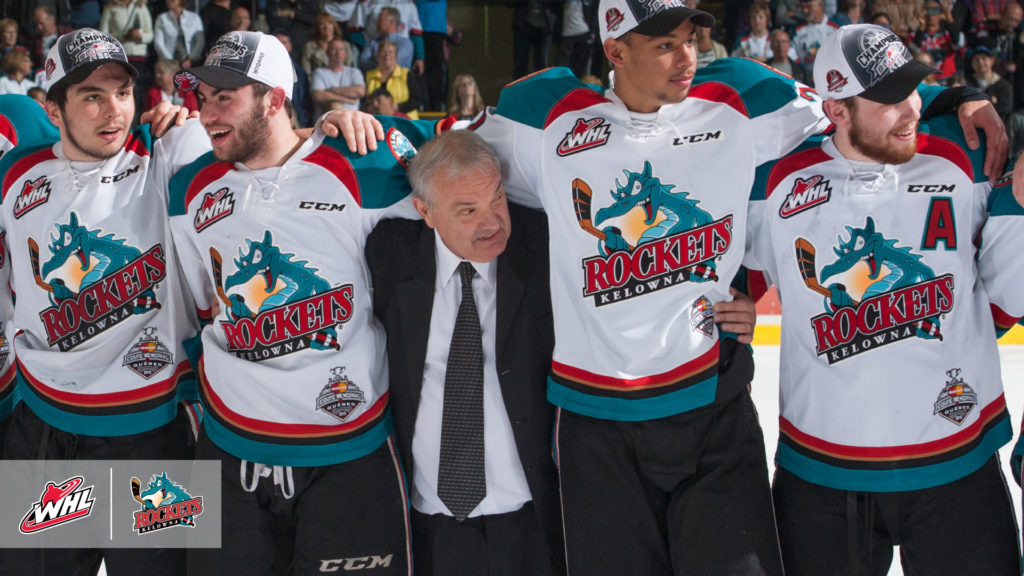 “It would be impossible to replace Lorne,” said Hamilton. “He was the first employee I hired and has played a key role within the Rockets franchise and with each group of players over the past 29 seasons.

“He has been involved in every hockey decision since day one, whether it was coaching staff or players. He has been a very close friend and is one of the most loyal people I know.  Throughout the years we have instilled in our players and staff that ‘once a Rocket, always a Rocket’ and that will always be true with Lorne. I want to sincerely thank Lorne for countless hours spent and the commitment he has shown to ensuring we had not only good players on the ice but good people make up our team.

“We have a number of scouting staff that have been with us for a long time, one of them will have the opportunity to move up into a head scout position. We will make that decision sometime in the near future. Lorne will remain as a senior advisor, he will look after scouting in Saskatchewan for us and will be hands-on during training camp.”

Frey, 70, has been with the Rockets organization since its inception in Tacoma in 1991-92. He has twice won the Memorial Cup, first with the Swift Current Broncos in 1989 and then with Kelowna in 2004. The Rockets have captured the Ed Chynoweth Cup four times and played in the Memorial Cup tournament five times.

“It’s been a great 29 years,” said Frey. “One of the great things about this job is that I’ve been able to do something that I truly love to do, not everyone can say that they enjoy coming to work each day. Bruce and I have been working together for a long time and had some great success. I’ve said it before and I’ll say it again, I wouldn’t want to work for anyone else in this league—he has been tremendous to me.

“Kelowna has been a great city, it’s a gorgeous city that kids want to come to play in. The organization is first class, Bruce runs it like a professional team and the players are treated great. I can’t say enough about the organization and the people I’ve worked with. Carrie Pansegrau has been here since year one in Kelowna, she has been great at helping me with everything.”

Frey played junior for the Saskatoon Blades before playing four years of college hockey with the University Of Saskatchewan. Following his playing career, Frey moved into coaching and management, first with Saskatoon Blades and then the Swift Current Broncos.

He was honoured with the WHL’s Distinguished Service Award during the 2010-11 season.

You can see which next group of prospects Frey and his scouting staff select at the 2020 WHL Bantam Draft online on Wednesday, April 22 at whl.ca/draft.