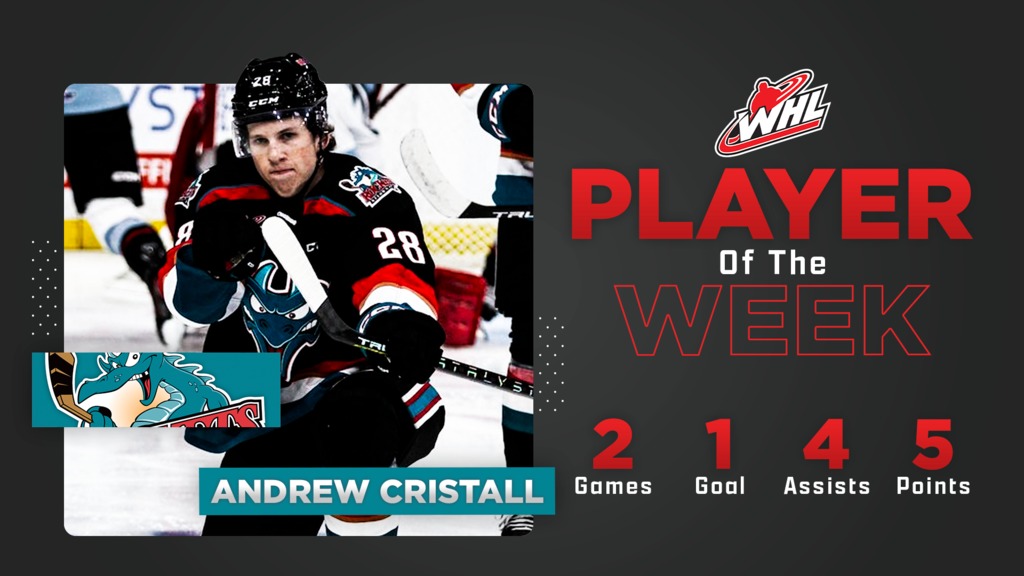 The following evening, the 5-foot-10, 165-pound forward chipped in with four assists as the Rockets upended the Cougars 5-1, earning First Star honours in the process.

Through three games this season, the 17-year-old holds a share of Kelowna’s scoring lead with seven points (3G-4A).

Originally selected by the Rockets with the eighth-overall pick in the 2020 WHL Prospects Draft, Cristall has amassed 81 points (33G-48A) over 78 career WHL regular season appearances.

Cristall and the Kelowna Rockets are next in action Wednesday, October 5 when they play host to the Victoria Royals (7:05 p.m. PT, Prospera Place).